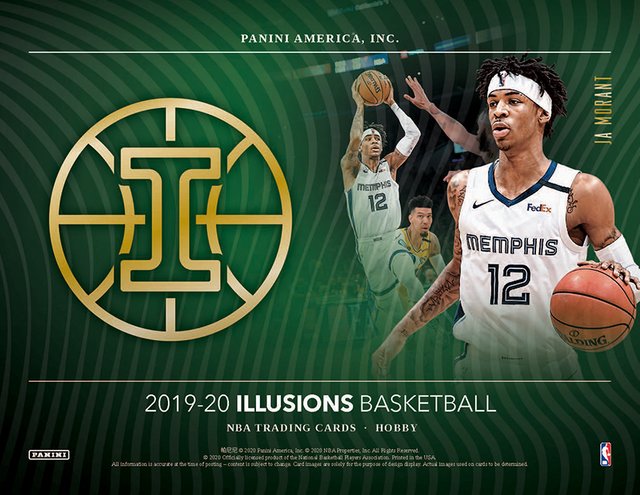 Today, we’re sharing that same information with you here
on The Knight’s Lance, this time featuring the debut of Panini Illusions,
which will feature both a retail version and a hobby-direct version.

2019-20 Illusions makes its debut in basketball
this year with an incredible rookie class.

Look for Rookie Cards of the top players from the 2019 NBA Draft including
Zion Williamson, Ja Morant, R.J. Barrett and more.

Look for the popular Draft Night Signatures cards featuring
signed pieces of Acetate with the 2019 NBA Draft logo behind it.

An incredible lineup of inserts in Illusions including Gold,
Green and Purple parallels numbered to as low as one.

Look for the top players across the league
featured in this stunning set.

Jumping over from the NFL card lineup,
2019-20 Panini Illusions is a debut release on the court.

from Panini rather than going through a Hobby distributor.

The PIS document for 2019-20 Panini Illusions Retail is available here.

There are multiple parallels, including several
different versions to hunt down in retail boxes.

On top of that, multiple inserts fall in every format.

In addition, the parallels noted for the base set should apply to the inserts.

2019-20 Panini Illusions to Debut with Autographs and Acetate :

To that end, 2019-20 Panini Illusions attempts to do
this with a mix of designs and card elements.

with wilder color palettes to others still on acetate.

Although there is an autograph in every hobby box,
this isn’t a hits-driven product. It’s more about variety.

To that end, 2019-20 Panini Illusions hobby boxes also have
13 inserts (five of which are acetate) and 14 parallels.

2019-20 Panini Illusions also has three retail configurations
that have some exclusives of their own in the
form of both inserts and parallels.

This marks the first time the Illusions brand
has hit the hardcourt.

Panini introduced it in 2017 with football.

It has also appeared for baseball, albeit in a more abbreviated
form as a small part of the much larger Chronicles.

For its basketball debut, the base set has
200 total cards 150 veterans and 50 rookies.

Parallels, which are one per hobby pack,
include Gold, Green and Purple.

Retail packs have additional parallels not found in hobby.

Among them is Starlight that, according to Panini,
are on the rare side.

Emerald and Ruby parallels are only in blasters while Yellow
and Sapphire cards are exclusive to retail mega boxes.

On the autograph front, one of the focal points
is Draft Night Signatures.

These are signed on a large acetate window
that’s layered over top of the 2019 NBA Draft logo.

The checklist for these is limited to 27 rookies.

Other autograph inserts in hobby include Superlatives Signatures
and First Impressions Jersey Autographs.

Panini America is bringing its Illusions brand to basketball.

2019-2020 Illusions Basketball will make its debut Aug. 5
and will be offered in hobby and retail formats.

Collectors will recall that Panini has had
the Illusions product for football since 2017.

Now, with a rookie class that has Zion Williamson,
Ja Maront and R.J. Barrett, it’s not surprising

to see another product slide over to the hardcourt.

Illusions has autograph cards (and yes, that includes Zion
and Ja), but it’s not really a hit-based product.

This one is all about base cards, inserts
and of parallels and there are plenty of those.

2019-20 Panini Illusions Configuration and Base Set

Illusions basketball’s hobby direct breakdown
will include 14 packs to a box, with six cards per pack.

Panini is promising one autograph card,
14 parallels and eight inserts per box.

Each will also have five Acetate or Acetate parallels.

There also will be Gold, Green and Purple parallels in hobby boxes.

For retail, blaster boxes will have Emerald and Ruby parallels,
Starlight will be a retail pack parallel and Sapphire

and Yellow parallels will be available in Mega Boxes

Inserts will be available in both products.

Collectors will be able to chase Rookie Vision,
Illumination and Fantasy Matchups.

Acetate stock will be featured in the Astounding,
Clear Shots and Shining Stars inserts.

Inserts that will be available only the retail product
are Career Lineage, Instant Impact,
Rookie Reflections dual cards and Season Highlights.

Career Lineage shows a player during various
stages of his career, while Rookie Reflections
puts a rookie together with a player from the past.

The inserts also are expected to have parallels to chase.

Autograph cards will focus on rookies and NBA veterans.

Autograph cards are not limited to hobby boxes.

Signature cards will be found in retail issues as well,
including Rookie Signs Emerald

There was no immediate word on pricing but most
recent basketball products are trending well above the SRP.

Acetate is the anchor for several of 2019-20 Panini Illusions inserts.

These combine to fall five per hobby box,
one per blaster and two per mega box.

Astounding, Clear Shots and Shining Stars are among
the themes using the clear plastic-style stock

Inserts aren’t all acetate in Illusions, though.

Both hobby and retail have their own assortment
of additional chase sets.

Rookie Vision, Illumination and the dual-player
Fantasy Matchups are in hobby packs.

Among the retail offerings is Career Lineage, a set that shows
players at various stages from their playing days.

Rookie Reflections pair up a rookie
with someone from the past.

There’s also Rookie Visions, another place on the checklist
that highlights the 2019-20 first-year class.

to kick it off with the Huge interest in this years rookies.

You'll be chasing Zion Williamson, Ja Morant, R.J. Barrett
and more in this set with the popular coloured parallels
and Draft Night Signatures;

The Draft Night Signatures set features signed pieces
of Acetate with the 2019 NBA Draft logo behind it.

Gold, Green and Purple parallels numbered to as low as one.

Mega Boxes offer exclusive Sapphire parallels and Blasters
have the Emerald versions of these signed cards.

Illusions hits the hardwood for the first time
with this year's dominating rookie class getting
a ride a well as some colorful inserts and other inclusions.

The typical box will include 14 parallels,
eight inserts and five acetate cards.

Among the autographs to be found here will be First Impressions,
Draft Night (27 players) and Superlative Signatures for starters.

Parallels were not detailed for this one one but you can expect
them with Gold, Green and Purple among teased colors
with some as rare as single copy.

On the retail side, there will be Rookie Signs
and Trophy Collection Signatures to be found

Season Highlights, Career Lineage
and Rookie Reflections among them.

Blasters will include three parallels, two inserts
and one Emerald acetate card, while jumbo pack boxes
will include 14 parallels, six inserts and five Orange acetates.

Mega boxes will include five parallels, three inserts
and two Sapphire acetate cards as well as some exclusive parallel colors.


Enjoy the preview gallery that follows
and stay tuned for additional information. 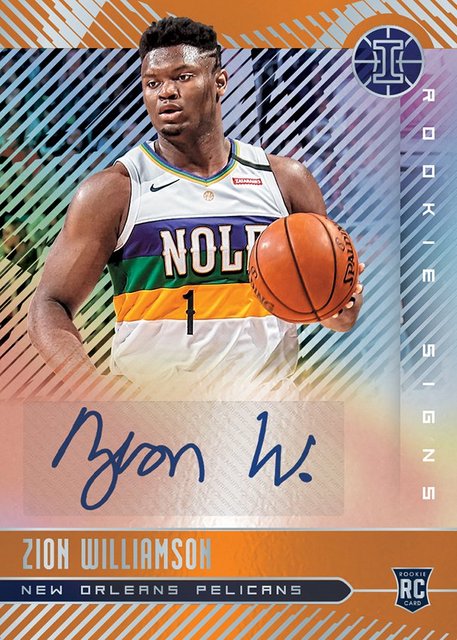 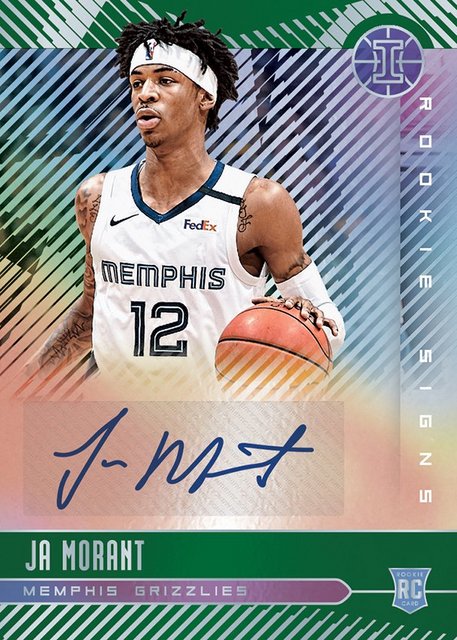 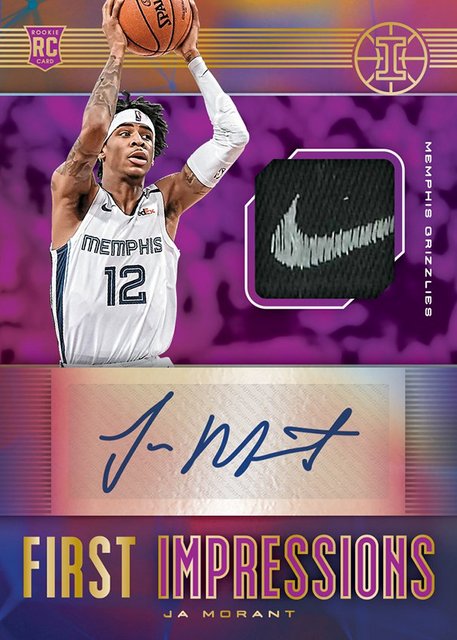 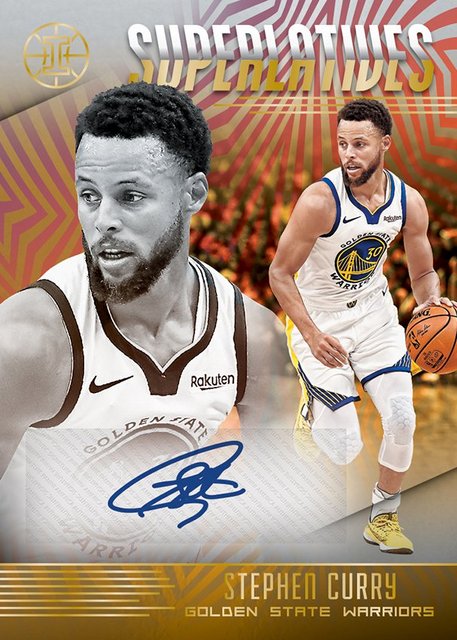 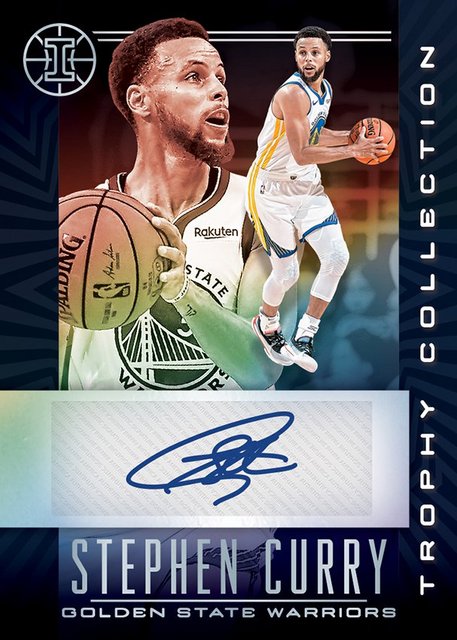 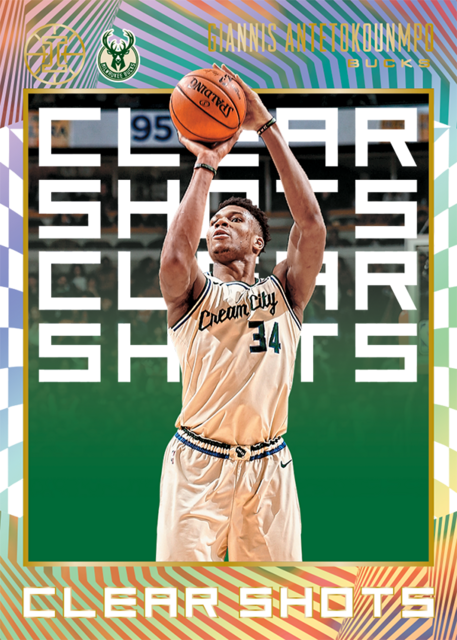 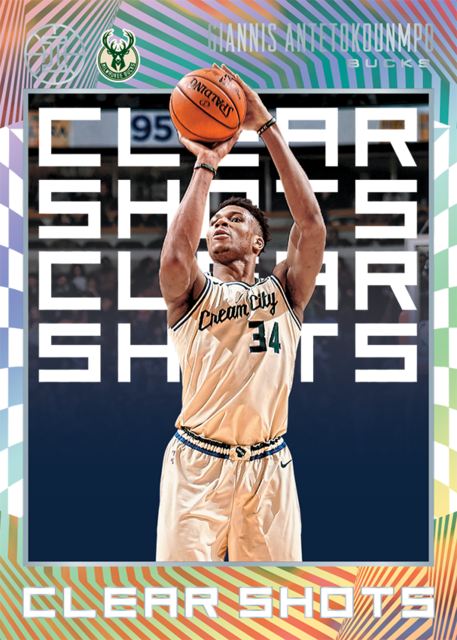 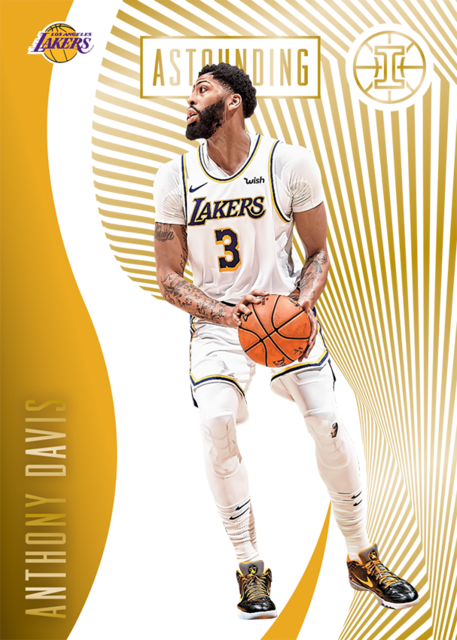 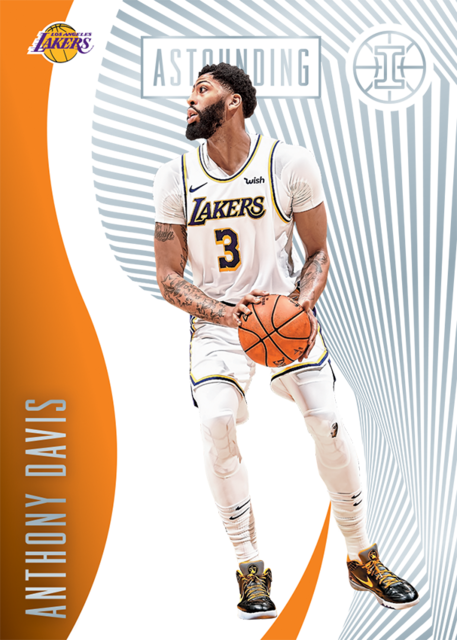 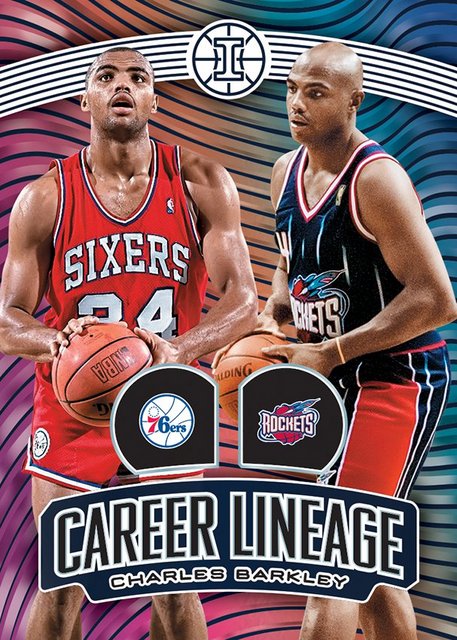 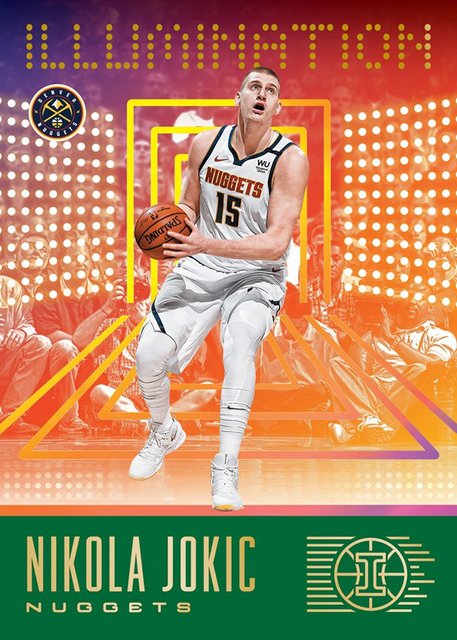 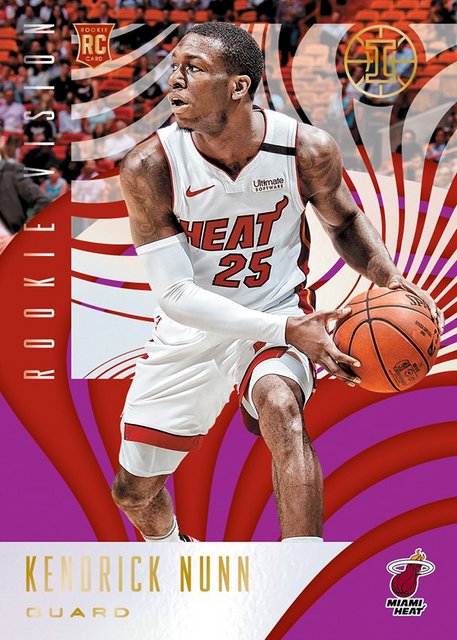 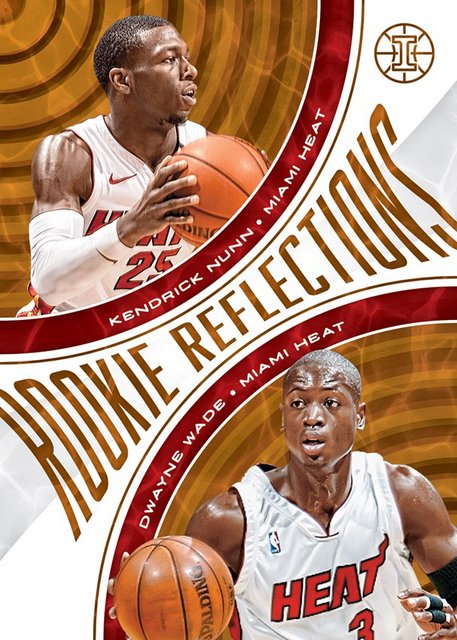 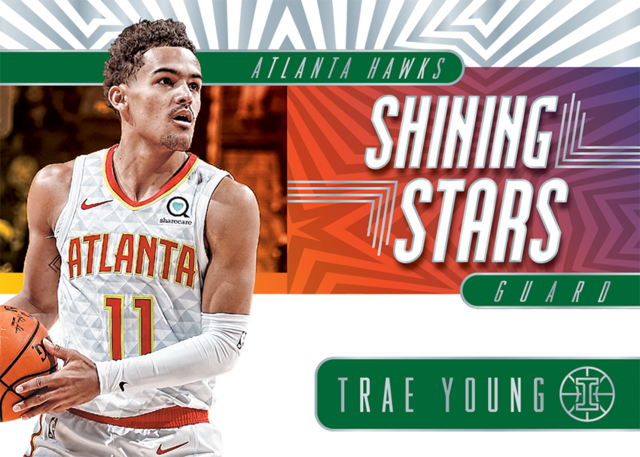 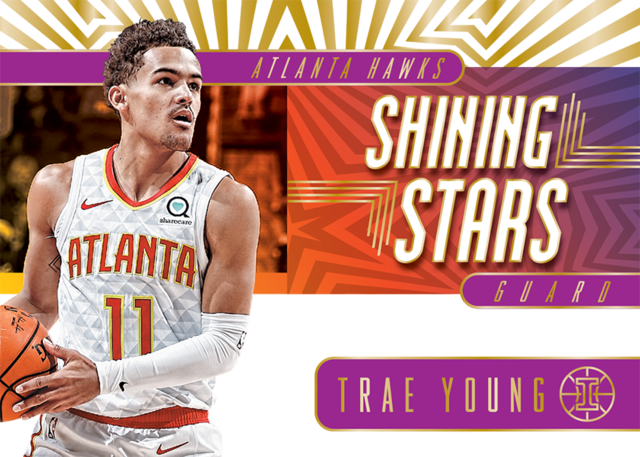 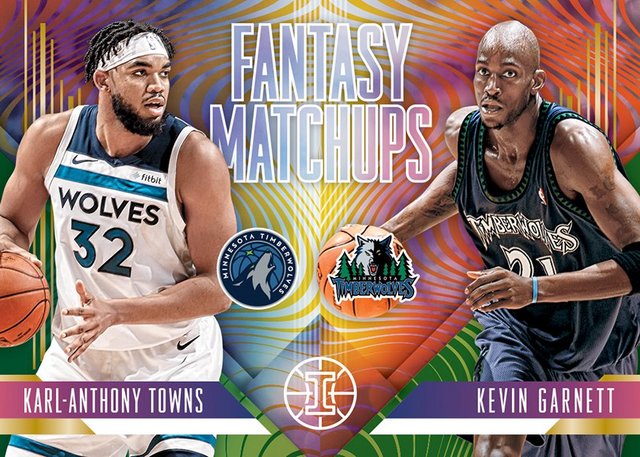 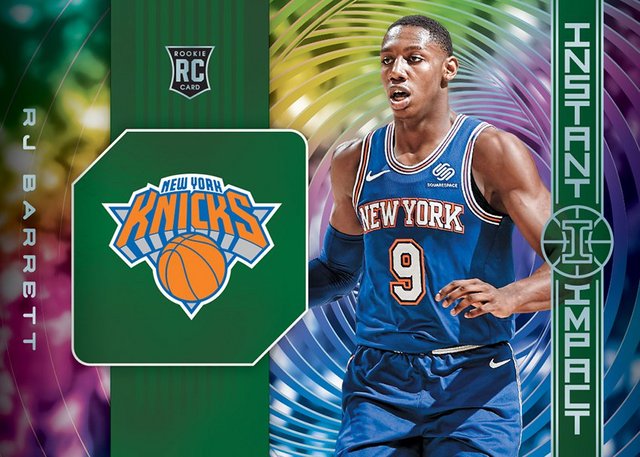 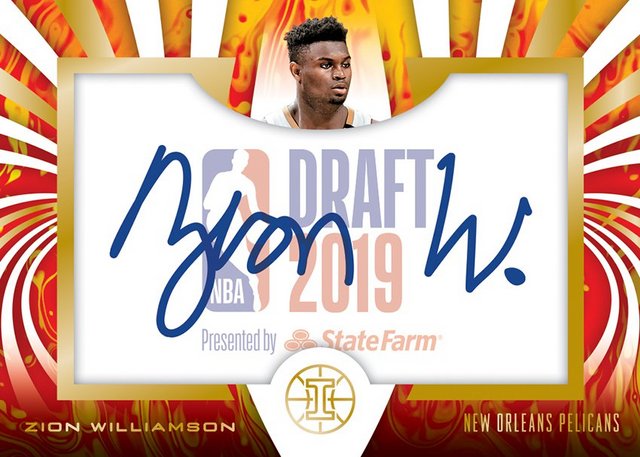