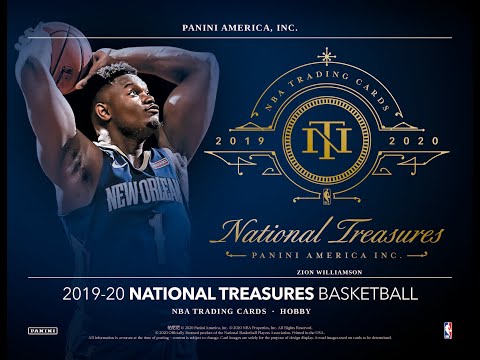 for the most drool-inducing Rookie Patch Autographs
and Logoman 1/1s, well, you’d be right.

But it’s likely that nothing you’ve seen to date will match
the hysteria sure to unfold in mid-April
with the release of 2019-20 National Treasures.

The mere thought of NT RPAs featuring the likes of Zion Williamson,
Ja Morant, R.J. Barrett and the other members of the stacked

One of the highlights of the NBA collecting year,
2019-20 Panini National Treasures offers premium cards
with high-end pricing.

Every Hobby averages eight hits that can be autographs or relics.

There is another National Treasures set from earlier
in the season, but it uses college images and logos. 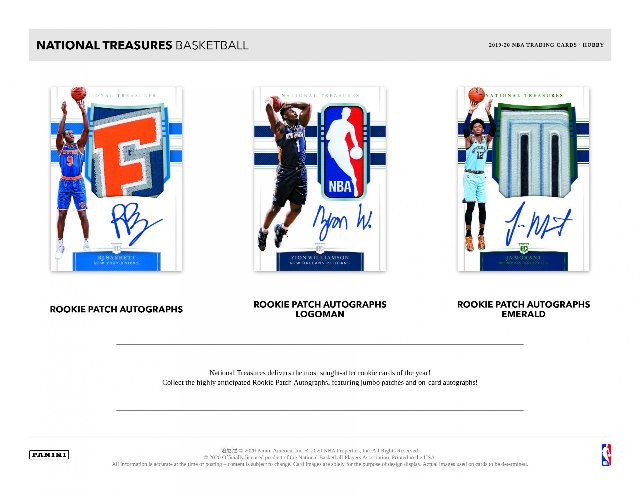 Thanks in large part to Zion Williamson and a deep rookie crop,
2019-20 has seen no shortage of big hoops products.

Each hobby hobby box has eight total hits plus one printing plate.

A base card or parallel rounds things out.

They often represent the sport’s most coveted Rookie Cards each year.

As usual, they’ve got on-card sigs and jumbo patch swatches.

Besides the base versions, there are a variety
of low-numbered parallels including Logoman.

2019-20 Panini National Treasures has a variety
of other autograph memorabilia inserts.

Logoman Autographs, which have veterans and retired stars
on its checklist, and Treasured Tags are all one-of-ones.

Charles Barkley, Stephen Curry and Shaquille O’Neal
are among those in the set.

Among the highlights for the memorabilia cards are NBA Finals Nameplate.

These take letters from the backs of jerseys worn during the 2019 NBA Finals. 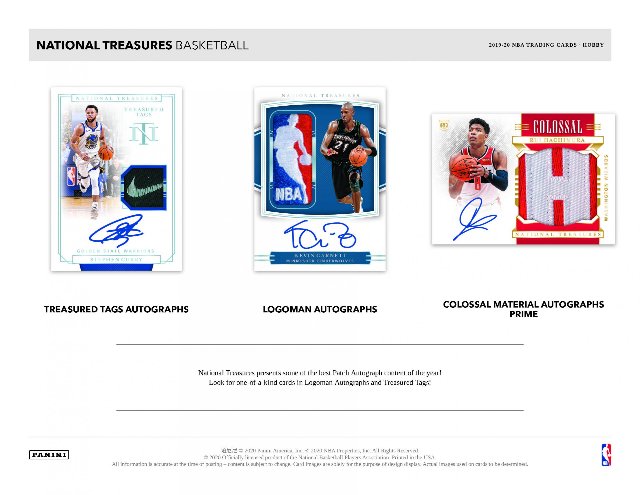 But why does such early pre-release talk matter now?

for the juggernaut product that arrives in hobby shops
and online retailers near you in just a few short months.

In addition to the hits, the 10-card boxes of 2019-20 Panini National
Treasures contain one base card or base parallel. 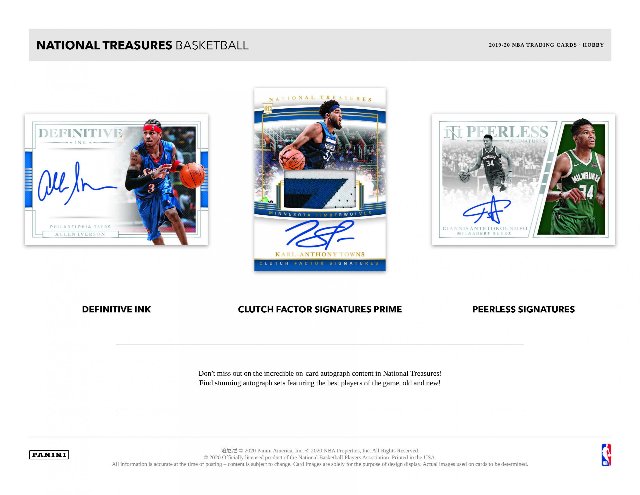 From there, the 2019-20 National Treasures checklist has only hits.

And what better place to start than the popular RPA lineup.

Parallels include Emerald and Logoman editions

On top of that, collectors can expect more jumbo
patches in Colossal Materials Autographs.

There are also one-of-one insert choices, including
Logoman Autographs and Treasures Tags Autographs.

Beyond the content covered above, look for additional
hard-signed cards in Clutch Factor Signatures,
Definitive Ink and Peerless Signatures.

with full letters from the Raptors' championship win.

The Personalized Autographs insert is back, as well. 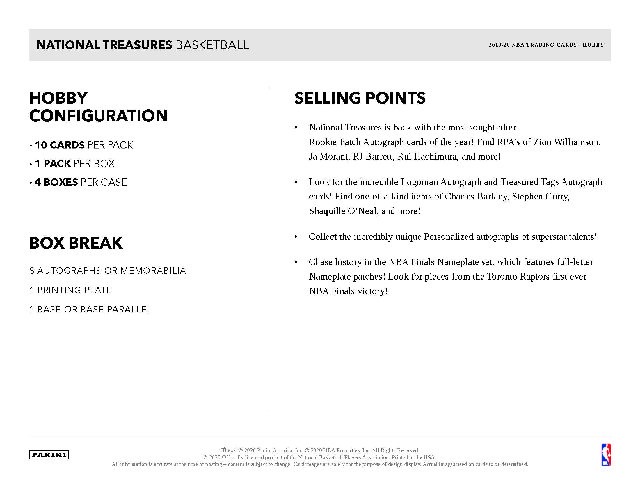 Panini National Treasures takes to the hardwood
with a new crop of Rookie Cards the biggest one
of them all in Zion Williamson above and plenty more
for another season of high-end chases.

and parallels in the mix the details were not disclosed
yet but they will include Emerald cards among the possibilities.

There also will be Treasured Tags autographs
and Logoman autographs for veterans
as well as Colossal Materials autos with prime versions.

Other autographs will include Definitive Ink,
Clutch Factor Signatures Prime
and Peerless Signatures.

You can also "find one-of-a-kind items of Charles Barkley,
Stephen Curry and Shaquille O’Neal" in this one, according to Panini.

Joining them will be Personalized autographs as well as a NBA Finals Nameplate set,
which will have full-letter nameplate patches from the Raptors' championship run.

Boxes carry a suggested retail price of $700, which is $200 higher than last year.

- 5 Autographed or Memorabilia Cards in Every Box!

- Panini National Treasures is back
with the most sought-after

- Panini National Treasures is the only place
to find Jumbo Rookie Patch Autographs!

and retired legends such as Kobe Bryant,
Reggie Miller, and Charles Barkley!.

- Personalized autographs are back,
and feature one-of-a-kind inscriptions!

- Collect the International Treasures autographs
and pay homage to the global reach of the NBA game!

- Look for pieces from the Toronto Raptors
first ever NBA Finals victory!

Today, we’re sharing the preliminary product
information with you here on The Knight’s Lance.

In the extensive product preview that follows, we’ll showcase
a must-see bevy of preliminary images as well
as the product’s PIS documents for the hobby and 1st Off The line versions.

Enjoy the sneak peek and stay tuned for additional details. 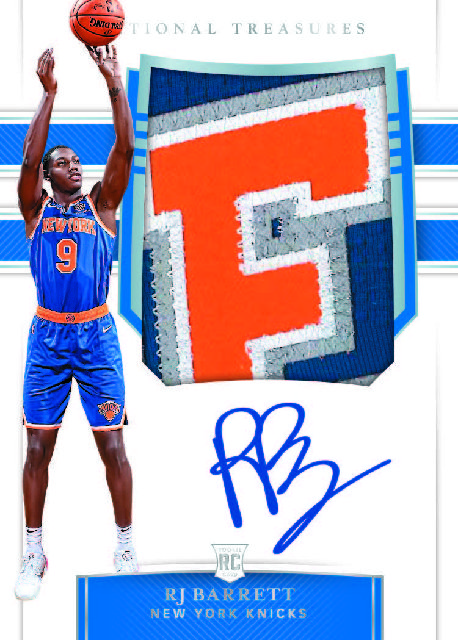 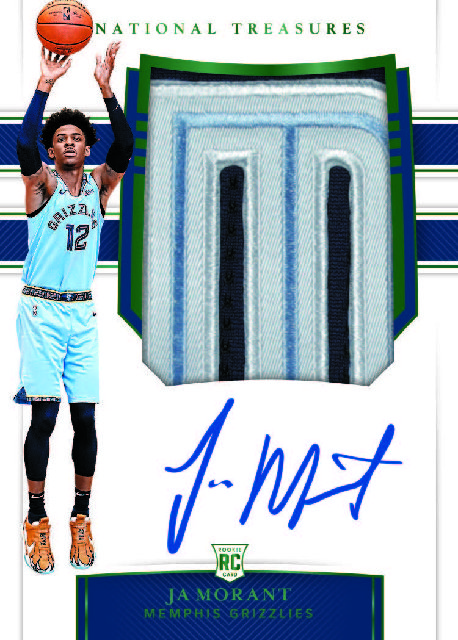 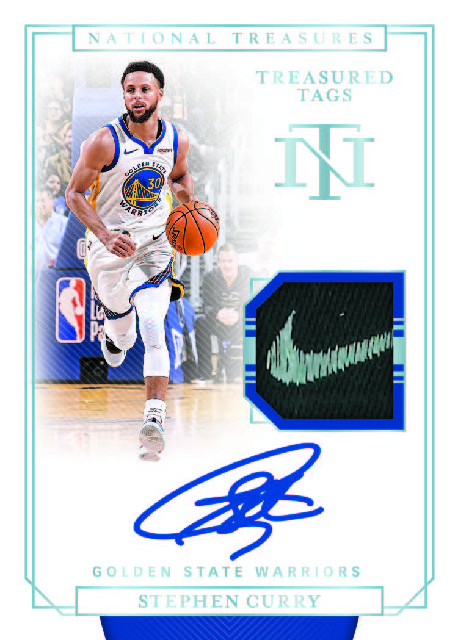 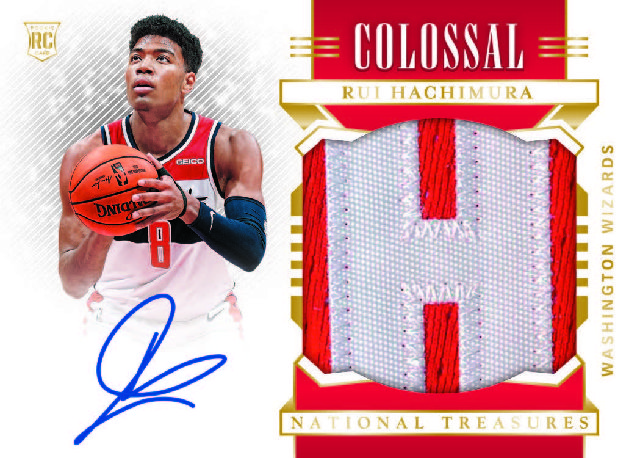 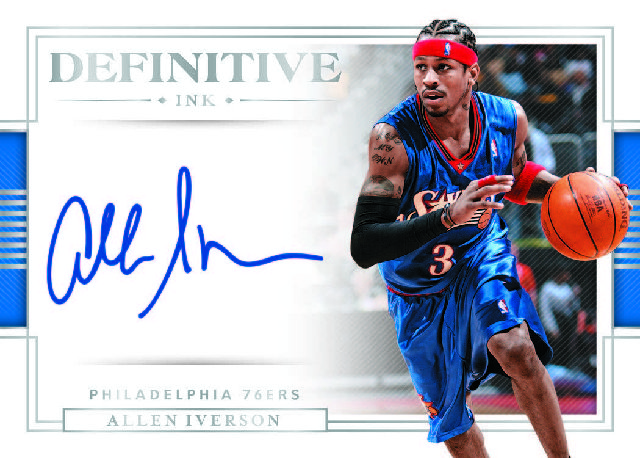 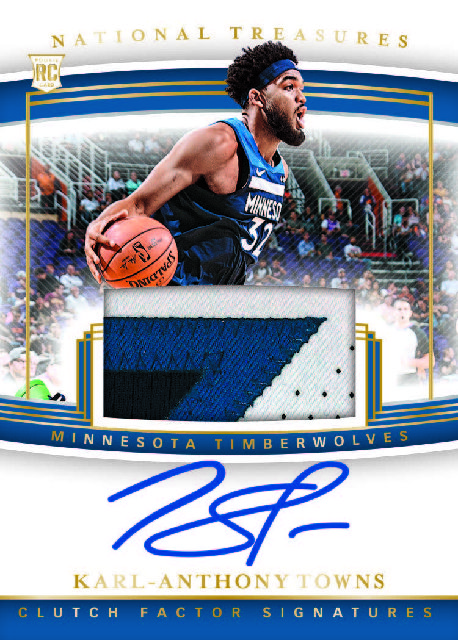 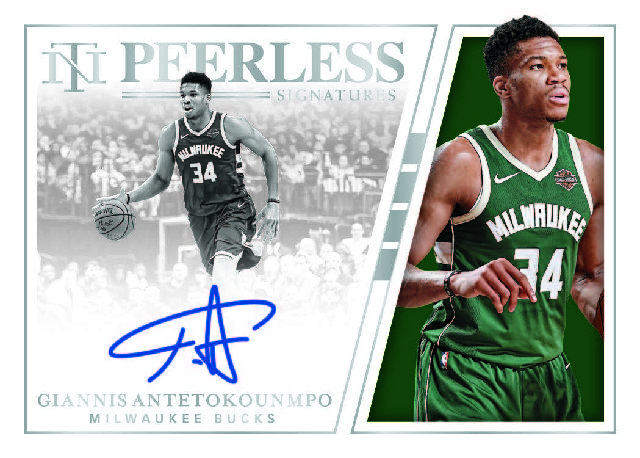 This Is For 1 Hobby Box 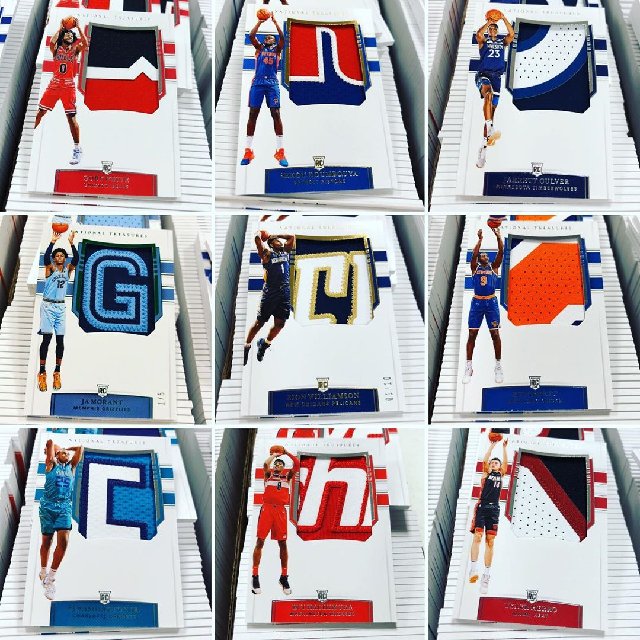 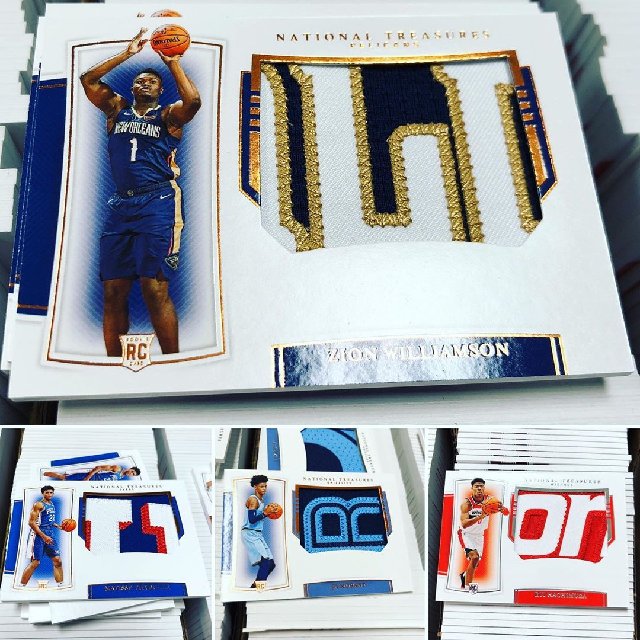 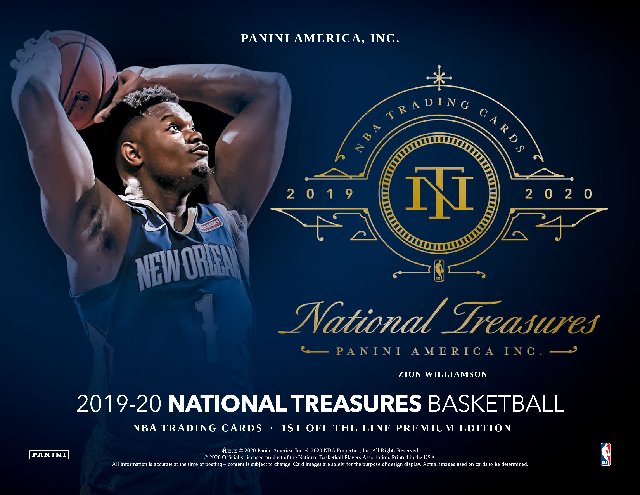 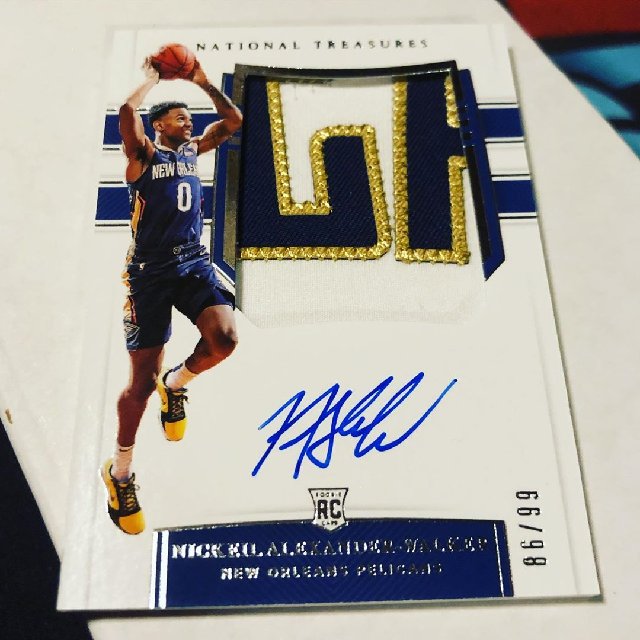 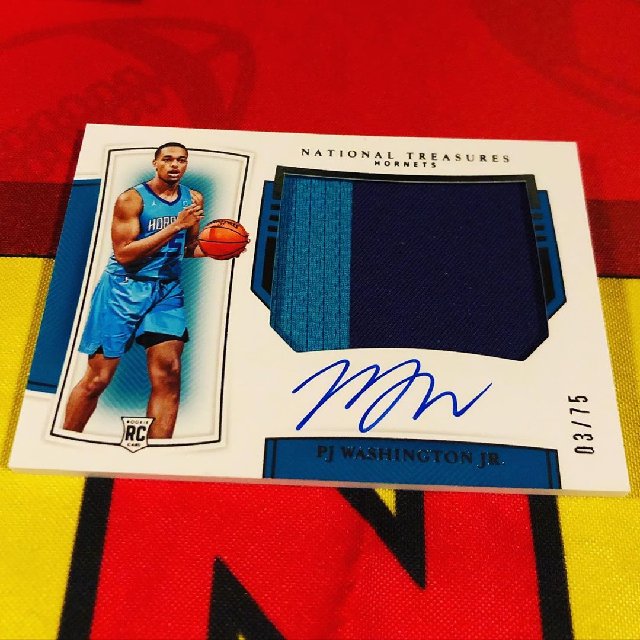