It replicates the previous year’s release. However, the figures are each detailed in all-new uniform colors.

The figures depict NBA stars from around the league as stylized caricatures, delivering a fresh take in the figure market.

The 2017-18 line-up includes the following players with their new uniform color in parenthesis.

The figures stand at 11-inches tall. To put that into perspective, that’s larger than
a NBA regulation basketball as pictured below.

With regards to the newly updated mobile app, it received quite an upgrade beyond mere cosmetics.

The interactive experience has been greatly improved with more engagement, entertainment
and an evergreen shelf-life for all future ICON AI smAll-Star releases.

Last year’s inaugural release was widely successful, due, in no small part,
to the manufacturer’s responsible production numbers.

No single figure was produced in a quantity greater than 290 total pieces.

Several had 50 or fewer pieces produced! IconAI is committed to maintaining responsible production runs
to deliver a truly, limited edition collectible figure that fans and collectors can be proud to own!

The expected SRP for the figures is $160.
The anticipated release for the new 2017-18 IconAI Small-Stars Smart Figures is scheduled for early January. 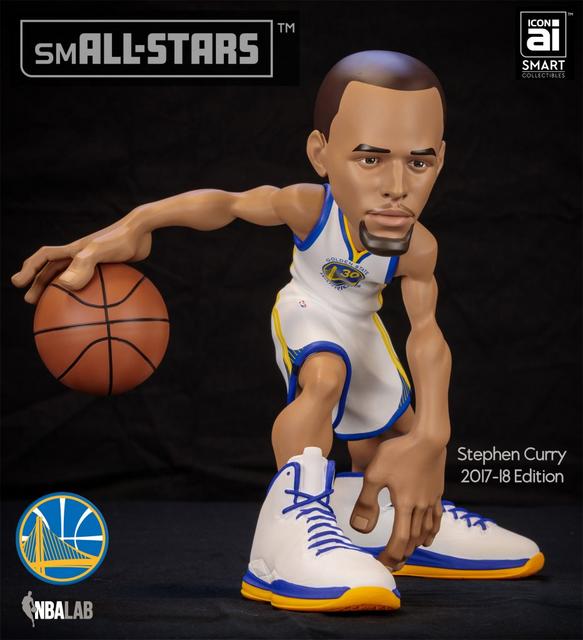 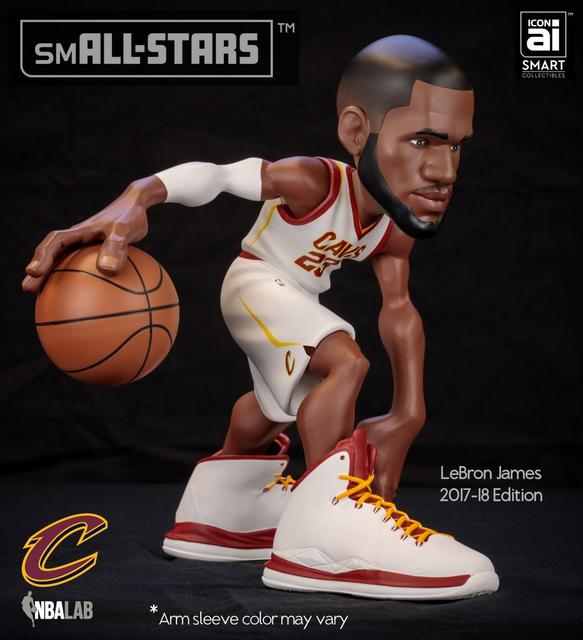 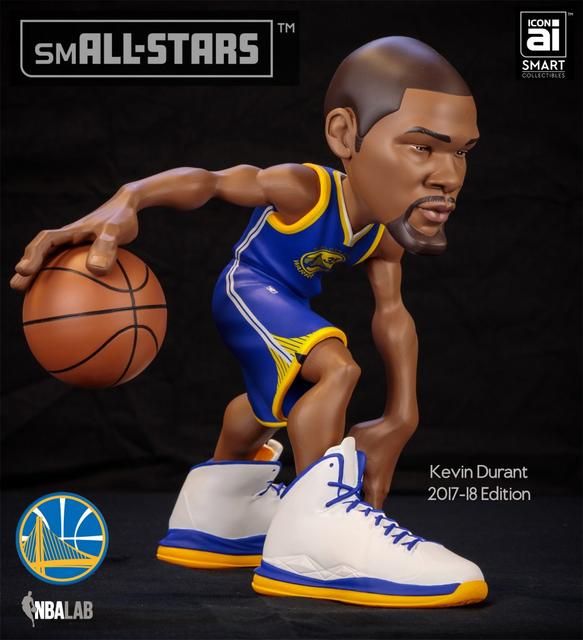 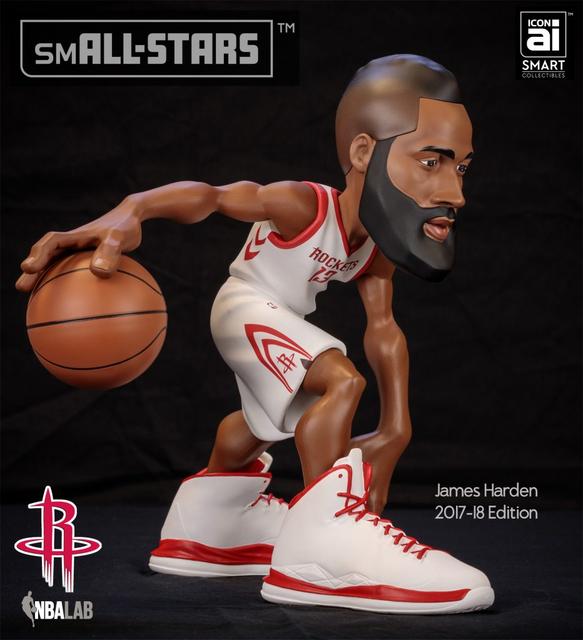 Actually, five of the six players
are getting their first McFarlane figures.

They include a rookies, some young stars and some players who have come
into their own over the past couple of seasons.

Filled with debuts, 2017-18 McFarlane NBA 32 looks to the future
with a youth-heavy lineup and a new sculpt for Steph Curry.

The seven-inch figures showcase the new '17-18 Nike jerseys,
but don't worry as these won't rip.

Among the stars finally joining the McFarlane NBA 32 lineup,
we have Isaiah Thomas, in his new Cavs gear, and DeMar DeRozan.

Hyped 2017-18 rookie Lonzo Ball is the lone first-year player
in the bunch.

Although the 2017-18 McFarlane NBA 32 basketball figures do mainly focus
on those players not previously covered,

Stephen Curry is the exception.

The Collector Level chase is broken down into four tiers,
with the Black Statement Edition

for Curry the most common and the Yellow City Edition Curry kept
to 100 figures or less.

Of course, McFarlane NBA 32 also has a few chase variant figures as well.

Isaiah Thomas also gets his first piece but it arrives
with some unfortunate timing.

He’s shown in a Cleveland Cavaliers uniform, which makes sense given
his off-season trade to the team.

However, in between the time the lineup was announced and their release,
Thomas was part of the massive Cavs trade deadline overhaul and was sent to the Lakers.

The only player who isn’t a debut in McFarlane NBA 32
is Stephen Curry.

This is his third figure in a main lineup not counting variants.
His last appearance came in NBA 28 during the 2016-17 season.

McFarlane NBA 32 has four variant chase figures.
All have players in alternate uniforms. Two of these highlight Curry.

This includes the rarest, a Yellow City Edition jersey piece with no more than 100 copies.
Ball and Thomas also have variants.

2018 McFarlane NBA 32 is scheduled to release in April. 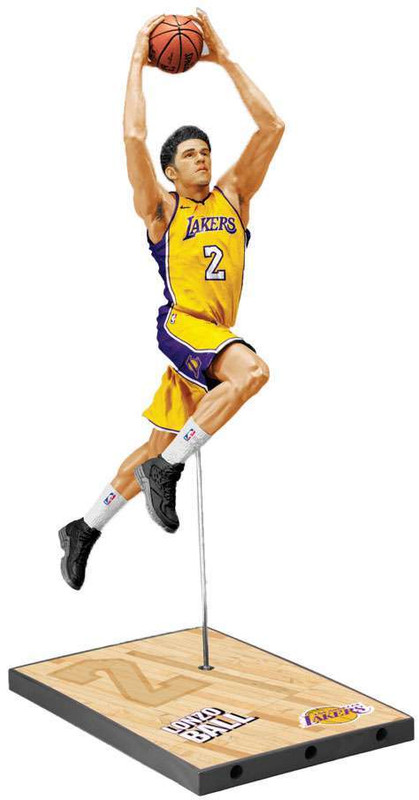 Enterbay has been producing some amazing sculpted NBA figures
for the last few years, but there's a new piece on the way that captures
a moment that set the stage for much of the basketball merch
and a shoe revolution that came afterward.

It's a sculpt of the iconic Jumpman pose of Michael Jordan.

There's a stone, gypsum and ivory version which are likely ways
to identify their colors as the materials used were not noted.

Some of them have impressive asking prices
over on eBay as they are limited pieces. 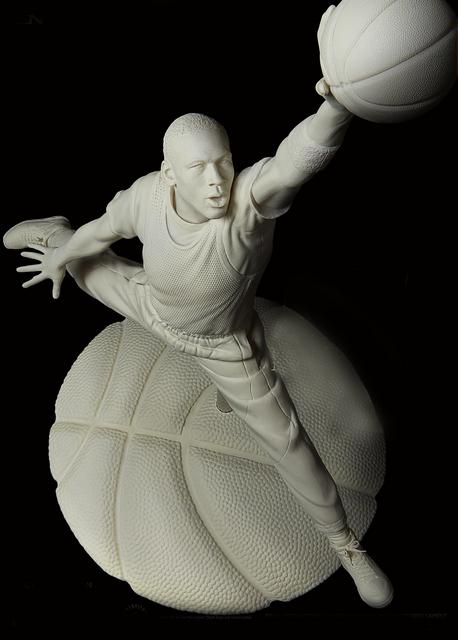 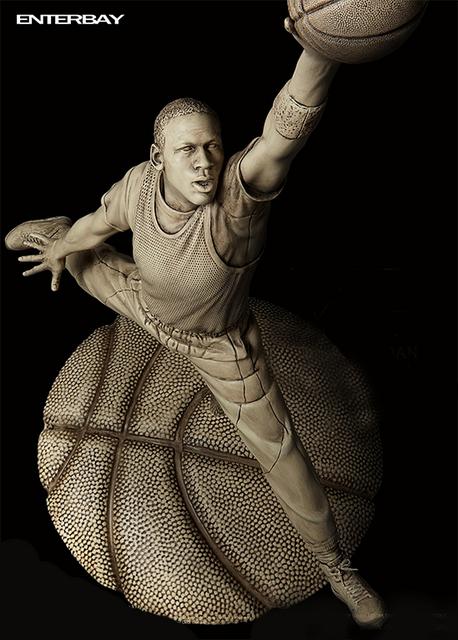 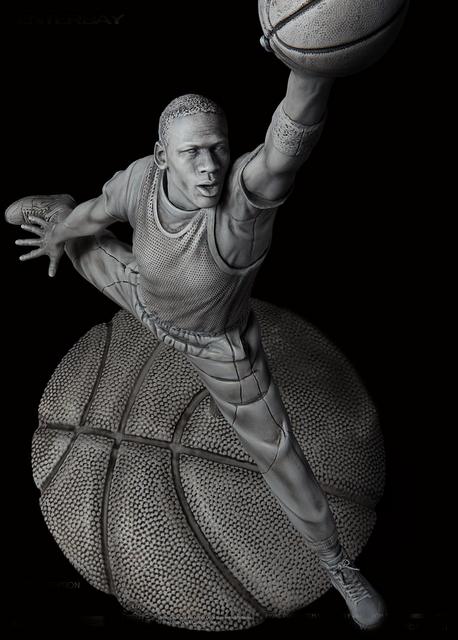 McFarlane has long made NBA figures, but this line takes its cue
from the Madden version now common for the NFL figures.

Although not specifically referenced, it appears that the new 2K19 figures
replace the standard Sports Picks release that was last issued
in 2018 via McFarlane NBA 32.

In addition to the 7" editions for some of the top NBA players,
each box includes a Locker Code redeemable for an in-game MyTeam pack.

These digital packs promise a random Ruby Card
for one of the players in the set.

The McFarlane NBA 2K19 Series 1 set is led by the very first figure
for Giannis Antetokounmpo, who happens to be the cover athlete for 2K19,
as well.

Another big choice for collectors is LeBron James as a member
of the Los Angeles Lakers.

This figure releases on Black Friday.

All Series 1 figures are exclusive to Walmart and retail for $24.99. 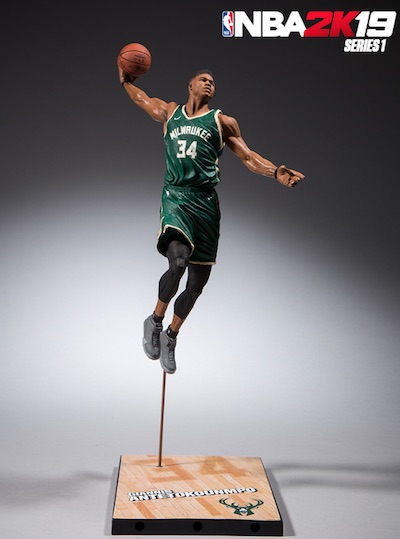 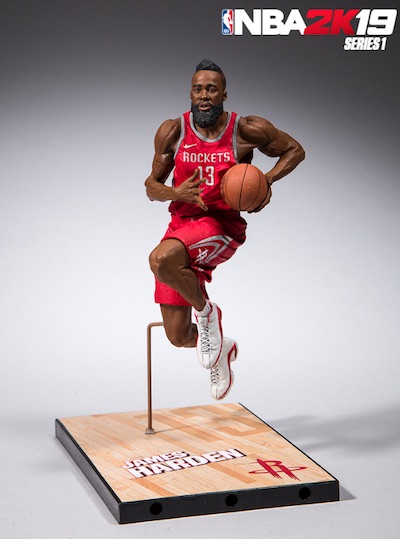 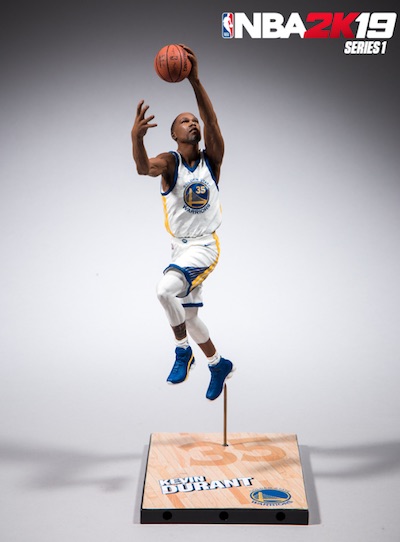 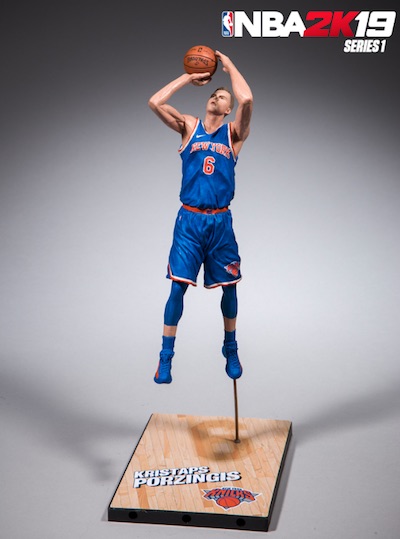 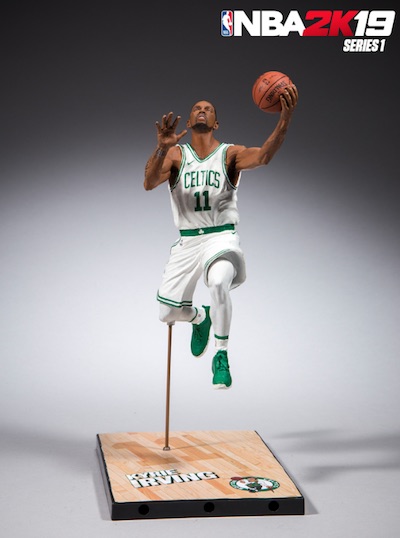 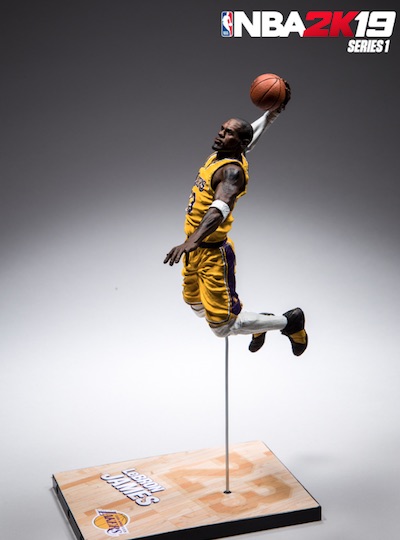 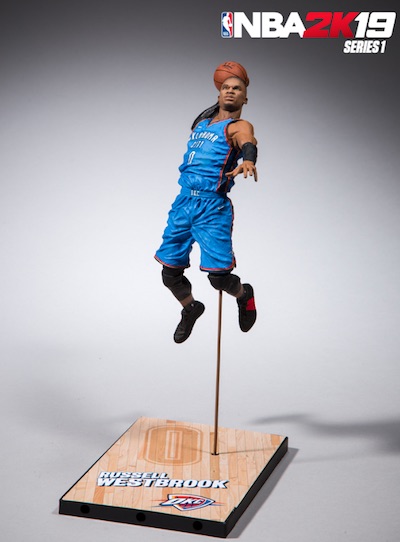 One more new way to collect Michael Jordan arrives in 2020 :

The NBA's biggest star will be getting into collectors' hands
in miniature form next year.

He's Michael Jordan and a MAFEX collectible figure
is on the way next spring via Sideshow Collectibles and Medicom Toy.

The highly detailed figure includes the Hall of Famer
in his Chicago Bulls uniform wearing what appears to be Air Jordan XIs.

Standing nearly 6.5 inches tall and weighing 1.76 pounds, the figure sculpted
by artist Shimazaki Kyoichi will include "the best in form

and articulation with a variety of posable hands and
a moveable stand," according to its preview information.

The figure is scheduled to arrive between April and June of 2020. 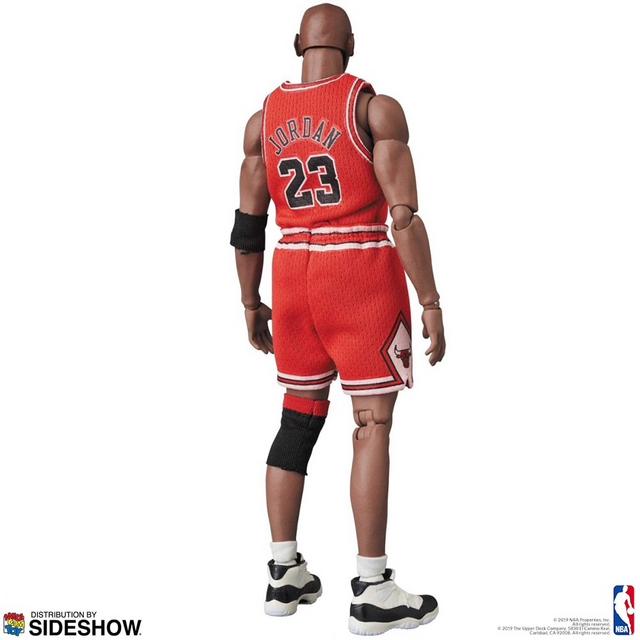