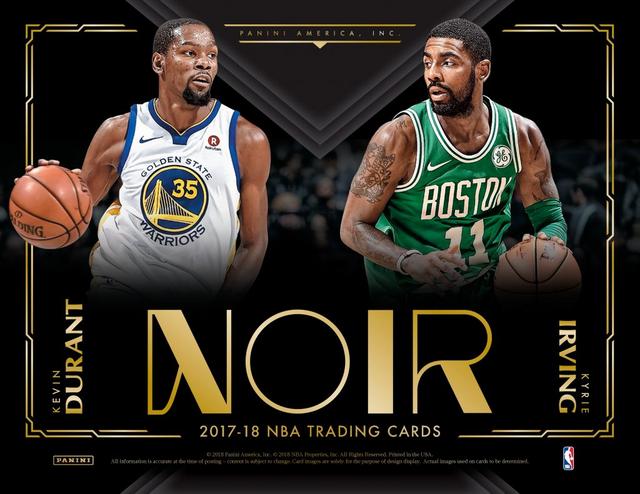 Collectors know a box-office smash when they see it.

And for three straight years now, the unique Panini Noir franchise
has certainly fit the bill.

Boasting dark aesthetics and a bold movie motif, Panini Noir has earned critical acclaim
by eschewing the predominantly white color palette normally associated
with high-end releases in favor of something much darker.

In the process, the product has consistently delivered some of the most attractive cards
in the hobby, headlined by the still-sublime-after-all-these-years Spotlight Signatures insert.

In late July, Panini Noir returns with its fourth iteration to celebrate
the blockbuster 2017 NBA Draft class as well as the game’s brightest current stars
and all-time greats.

The movie motif remains. The darkish aesthetics do, too.

And as you’ll see in the preview gallery that follows, so does Panini Noir’s penchant
for producing the hits.

This is a high-end release that is primarily centered on autographs
and relics.

Boxes come with ten cards, seven of which are hits. 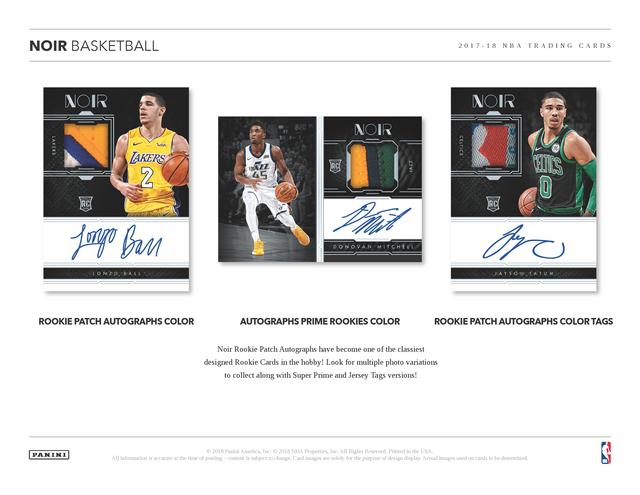 On average, each hobby box of 2017-18 Panini Noir (10 cards per box, four boxes per case)
will deliver seven autograph or memorabilia cards.

The return of the popular Spotlight Signatures insert featuring a whole
new roster of players and showcasing rookies, veterans and legends.

Two versions of the Rookie Patch Autographs chase, including Super Prime
and Jersey Tags versions limited to five or less.

All metal frame cards are numbered to 25.

All autographs in 2017-18 Panini Noir are signed on-card.

Lending itself the the product’s premium leanings, all of the autographs
in 2017-18 Panini Noir come with on-card signatures.

Noir isn’t the only release on Panini’s basketball calendar
to have Rookie Patch Autographs.

But the dark backdrops help give some added distinction when placed alongside
the likes of Immaculate Collection and other high-end releases.

In addition to Super Prime and Tag parallels that are numbered
to 5 or less, image variations are also part of the checklist.

These also have Prime and Tag versions. 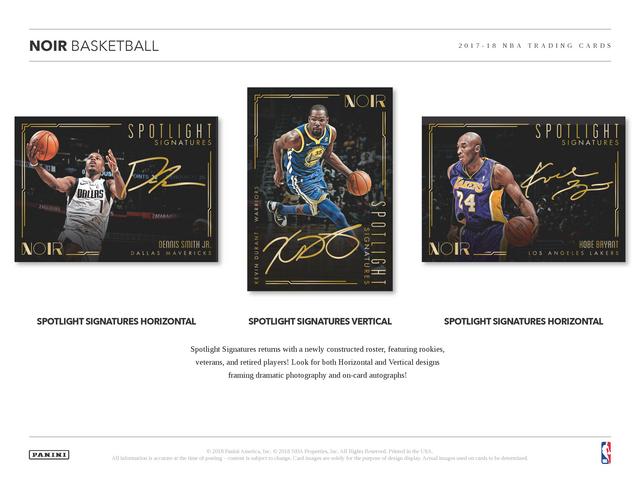 Rookies and veterans are among the signers here.

Cards are available in separate horizontal
and vertical designs.

On the strictly memorabilia side are Jumbo Materials
and Jumbo Rookie Materials, which boast over-sized swatches.

Icons Memorabilia is exclusively players from the past.

Base cards are done with metal frames.

Besides the regular cards are Alternates for both veterans and rookies.

Metal frame cards are all numbered to 25.

Also returning this year will be the gold-ink Spotlight Signatures
with a whole new roster of players and will feature rookies,
veterans, and retired players.

While the memorabilia cards will include a mix of jumbo patch,
multi-swatch prime and tag cards.

Among them will be Episodic Materials, Icons Memorabilia,
and Two-Shot Rookie Jerseys.

There will also be metal framed base cards
that are numbered to 25 copies.

All autographs are hard-signed.

This marks the fourth edition for the high-end NBA product,
which started in 2014-15. 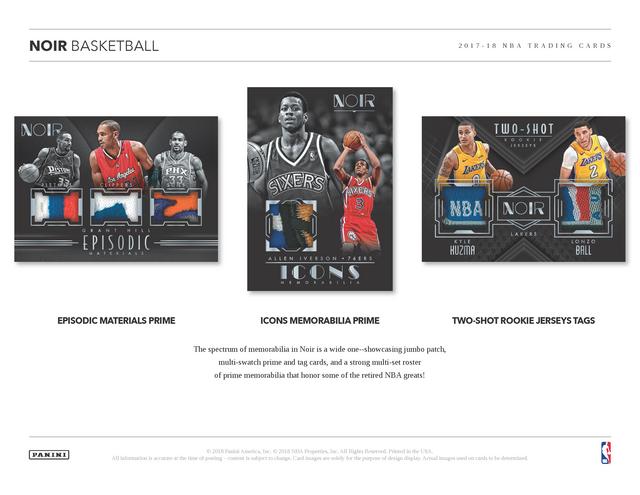 Joining the base set that should supply three cards per box, 2017-18 Panini Noir features
Metal Frame cards that are numbered to just 25 copies.

With only on-card signatures, the 2017-18 Panini Noir checklist
features some popular options, including RPAs.

The Autographs Prime insert is another place to track down first-year stars,
while the Patch Autographs set features both active and retired players.

Perhaps most striking, the gold-ink Spotlight Signatures goes
with past, present and future stars.

The orientation switches between horizontal
and vertical layouts.

Combining with the autographs to fall seven per box, most of the 2017-18 Panini Noir
memorabilia inserts are further enhanced with Prime and Tag parallels.

Only for the retired standouts, Icons Memorabilia looks back
and the dual-player Two-Shot Rookie Jerseys looks ahead.

Providing a memorabilia timeline, of sorts, Episodic Materials
is a multi-relic set that revisits several career points for one notable player. 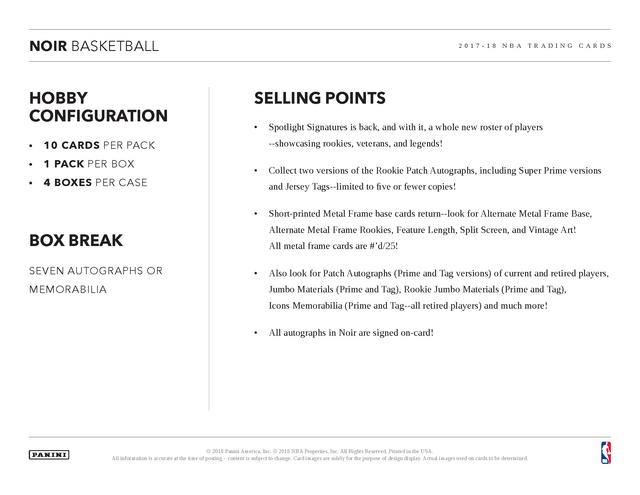 Panini Noir is back to the court and delivers on-card autographs,
plenty of memorabilia and more creations this high-end release
has to offer.

Each box comes with ten cards, seven of which will be either
a memorabilia or autographs.

All autographs in this high-end release will be hard-signed.

Returning this year will be Rookie Patch Autographs which have become one
of the classiest designed Rookie Cards in the hobby world.

This will have vertical and horizontal designs as well as photo variations,
super prime and jersey tag versions

Panini Noir returns to the court with nothing but on-card autographs,
plenty of memorabilia cards and other slick creations
in this high-end release.

Also back will be Spotlight Signatures with standard and horizontal versions
"with a newly constructed roster" of rookies, veterans and retired players.

Boxes once again carry a suggested retail price of $500.

- 7 Autograph or Memorabilia Cards in Every Box!

- Noir Rookie Patch Autographs have become one of the classiest designed Rookie Cards in the hobby!
- Look for multiple photo variations to collect along with Super Prime and Jersey Tags versions!

- The spectrum of memorabilia in Noir is a wide one, showcasing JUMBO Patch, Multi-Swatch Prime & Tag Cards,
and a strong multi-set roster of Prime Memorabilia that honor some of the retired NBA greats!

- EACH with Prime & Tag versions!!

We’ll have plenty more on 2017-18 Panini Noir in the coming weeks right here
on The Knight’s Lance.

Until then, enjoy this extended sneak peek : 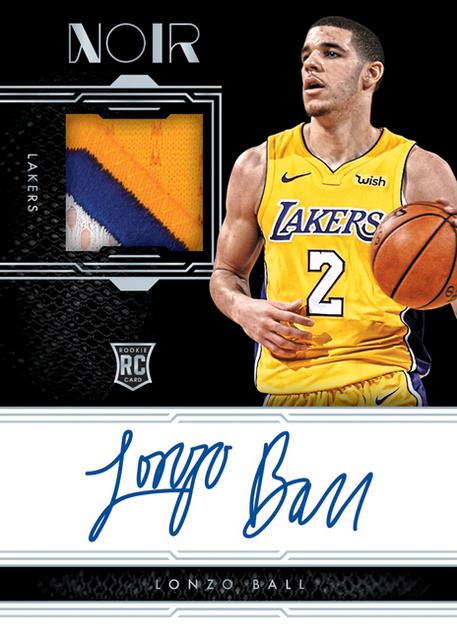 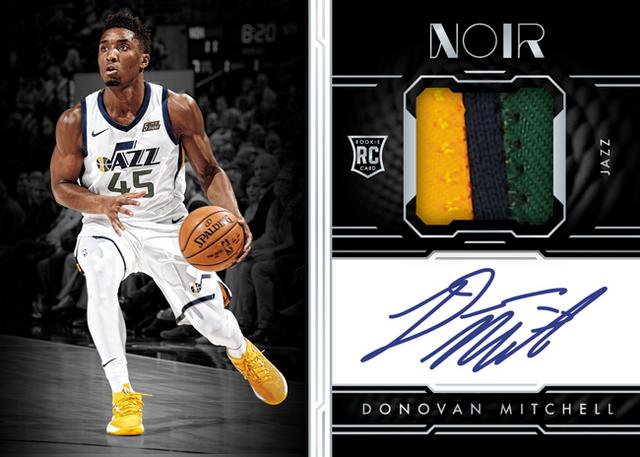 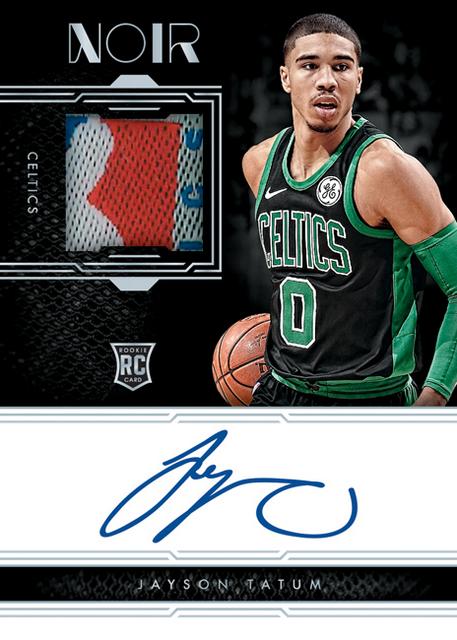 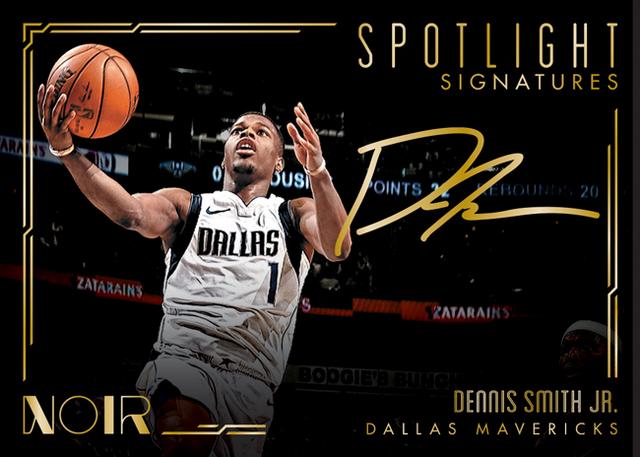 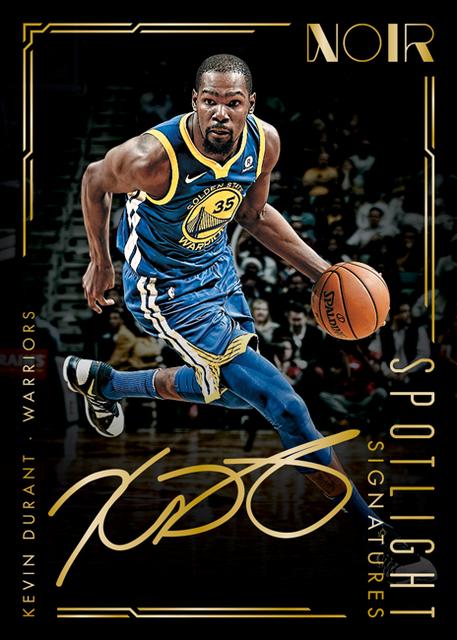 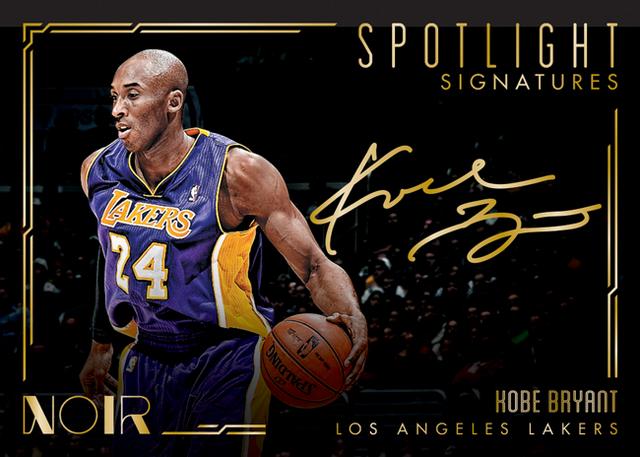 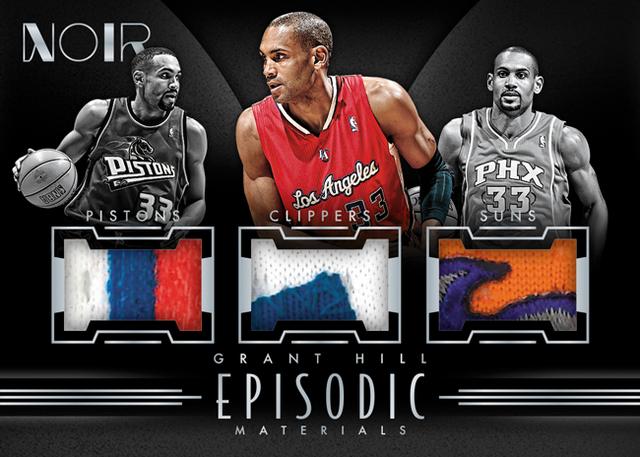 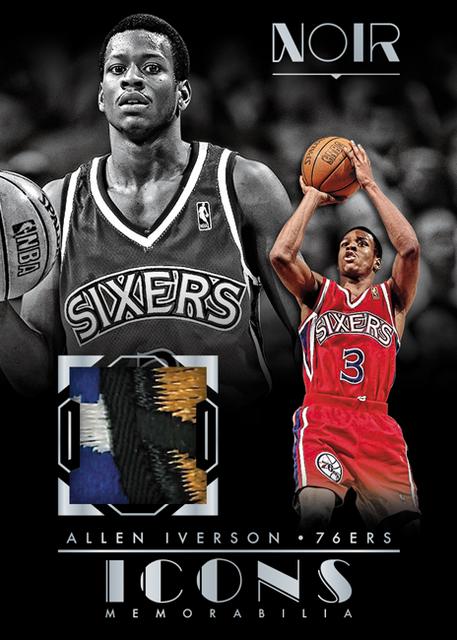 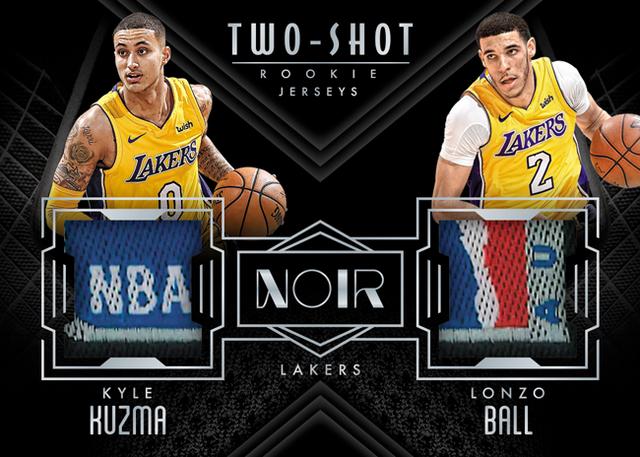 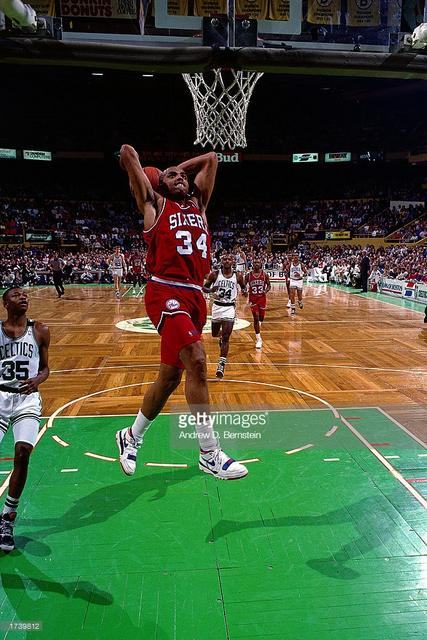 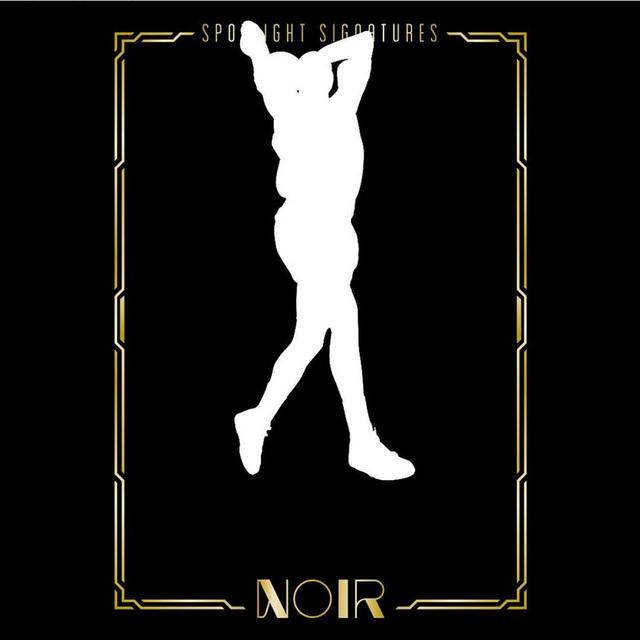 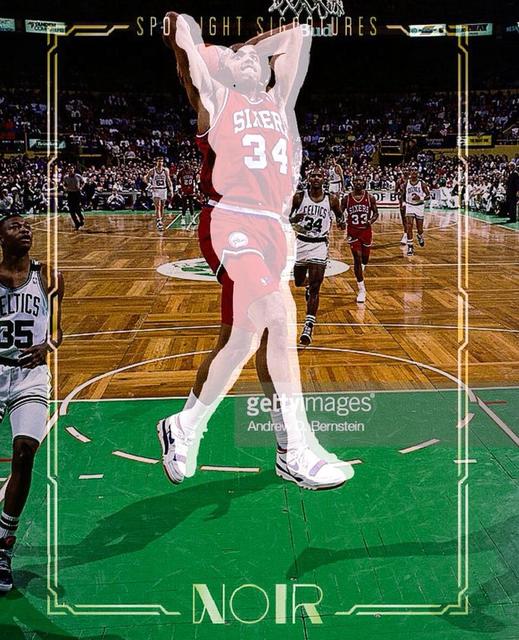 Woop 34
Rookie of the year 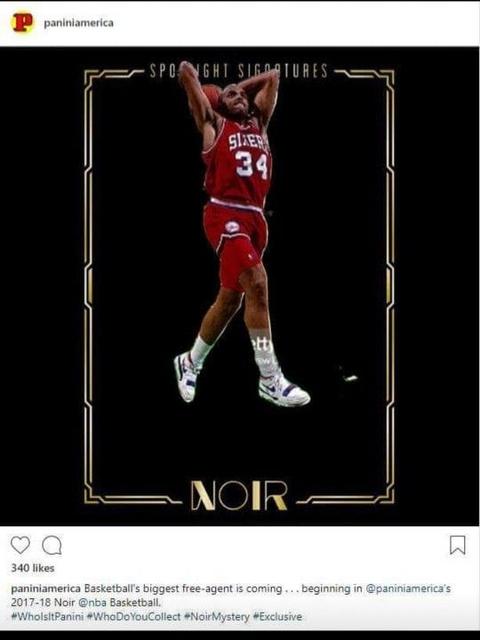 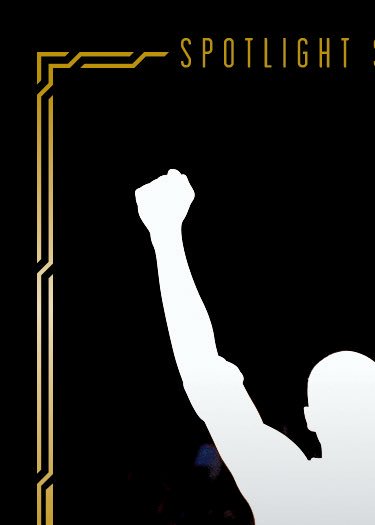 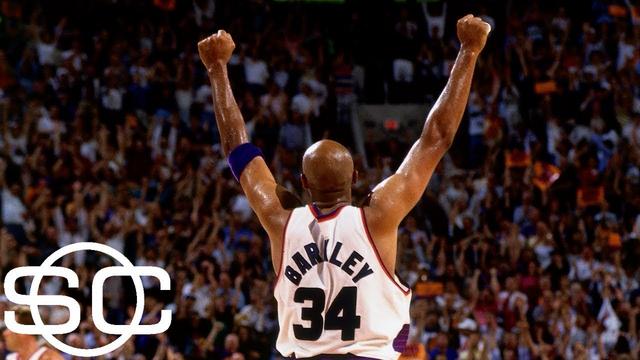