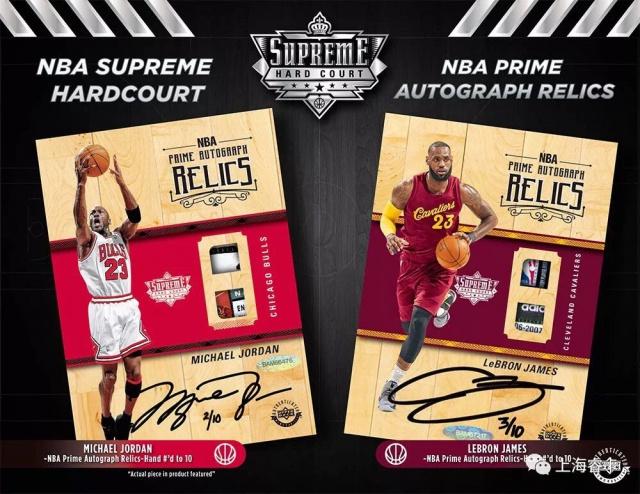 Features 5" by 7" pieces of game-used court that are enhanced
with additional player relics and even hard-signed autographs.

Because these are not trading cards, this allows Upper Deck
to use NBA licensing for many top names, including UDA exclusives
Michael Jordan, LeBron James and Ben Simmons.

Each box contains two memorabilia pieces at a reported SRP of $500 per box.

The main NBA Autographs set has a printed logoman image
and hand-numbering to 99 or less.

The NBA Black and White Variation Autographs edition is another choice.

There are also Career Legacy Autograph pieces
for Jordan that are numbered to 23.

Going to the next level is the one-of-one NBA Logoman Autographs Relics line,
which features the actual jersey logoman patch for James, Jordan and Simmons.

Although the autographs are going to be the main takeaway
for many collectors, the quarter-inch of flooring used

to make the collectibles is sure to delight fans, as well.

It’s definitely in the realm of memorabilia. However, it does have some
similar attributes to trading cards, primarily in that it’s blindly packaged.

It also brings Upper Deck back into the NBA business beyond
their traditional UDA offerings like autographed photos and signed balls.

Some have autographs and some have additional gear.

Each 5 x 7 piece measures a quarter-inch thick and features a current or retired player.

All three are Upper Deck exclusives when it comes to autographs.
And with the product having the NBA’s blessing, it means they’re also in full NBA uniforms.

Each pack has one of the floorboard pieces.

Printed Logoman Autographs are going to be the ultimate chase
for many in the product.These are all one-of-a-kind. 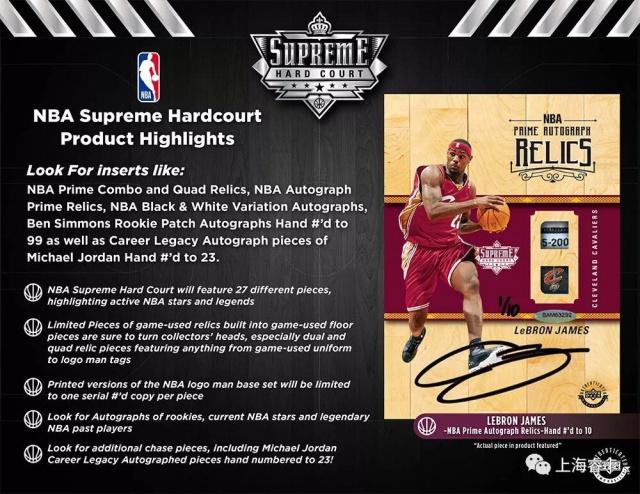 Among the announcements made Wednesday was the creation of a new NBA licensed
product called Supreme Hard Court that might warm the hearts of those who
remember when the company had a league trading card license.

They’ve acquired an old NBA floor and turned it into 5×7
autographed pieces that will be packed two to a box. 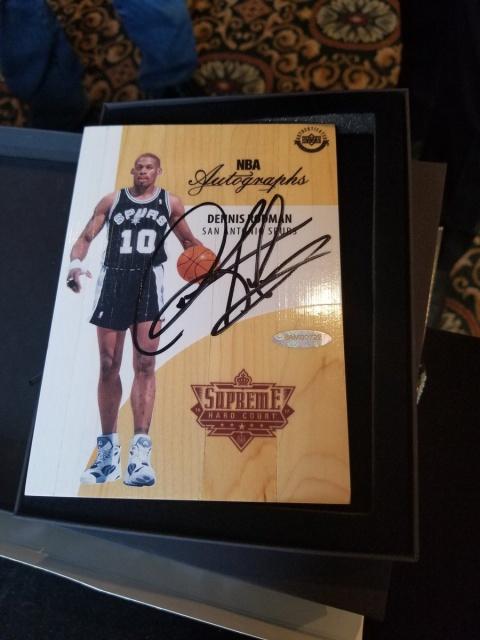 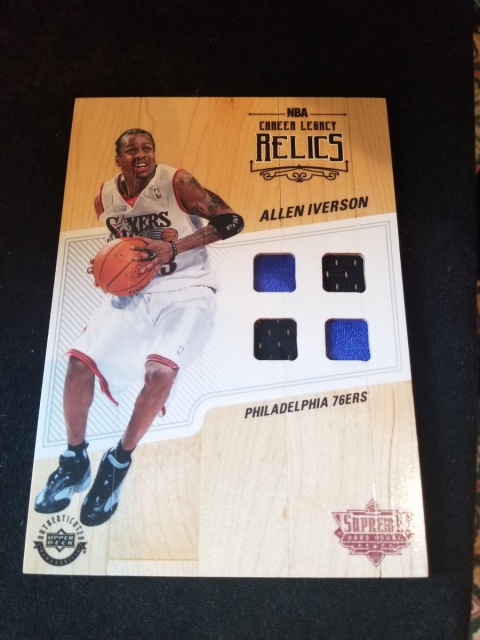 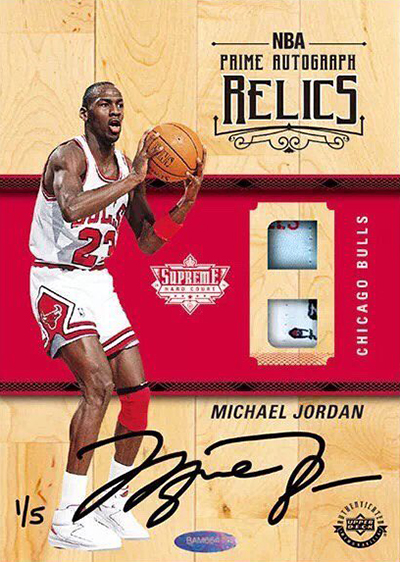 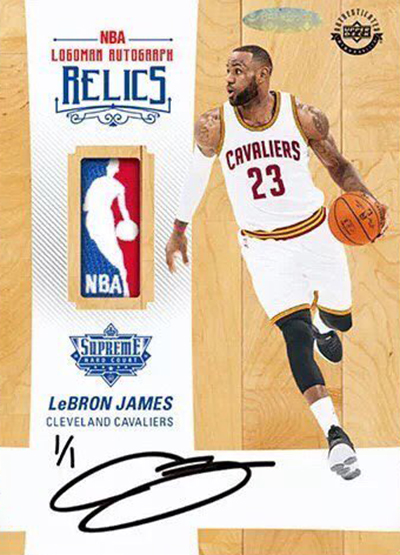 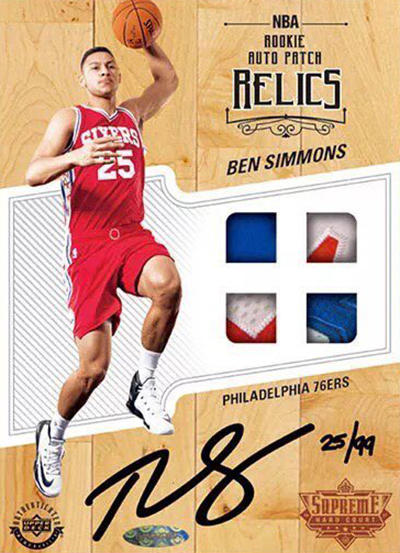 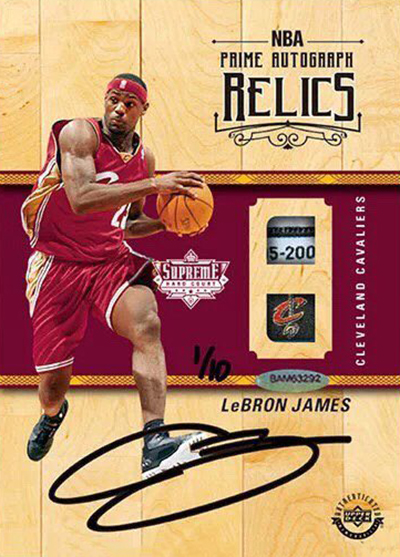 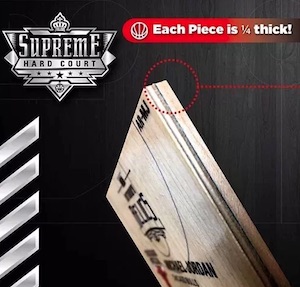 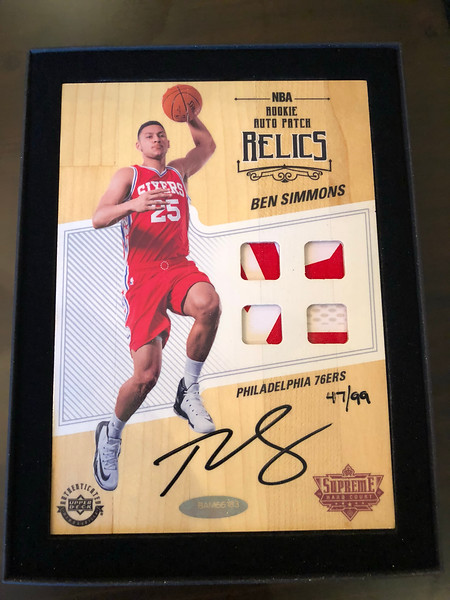 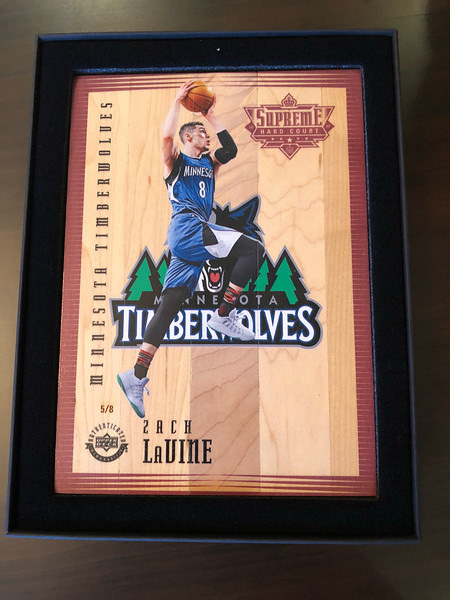 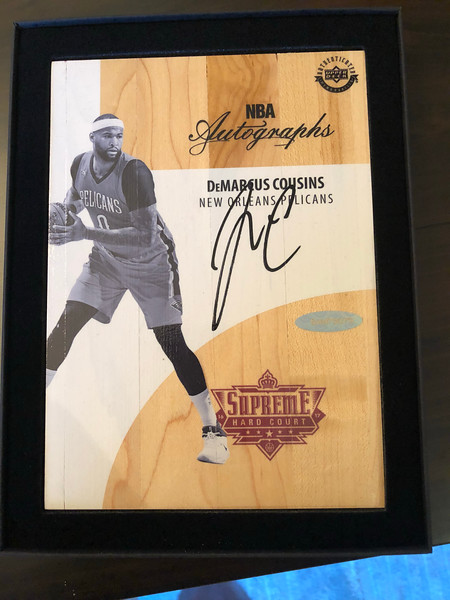 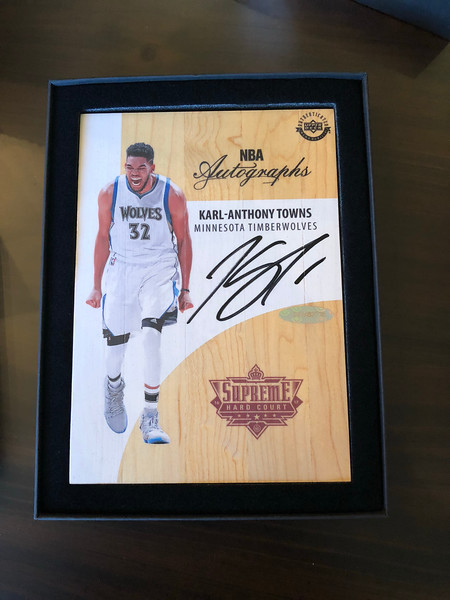 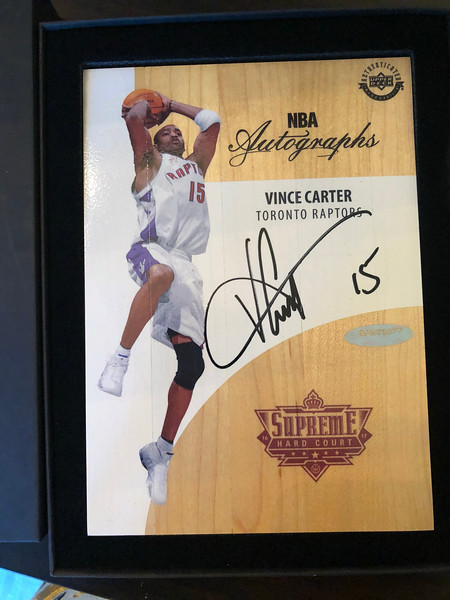 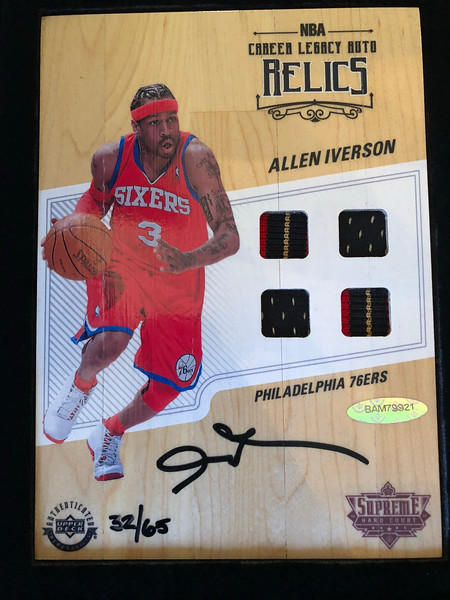 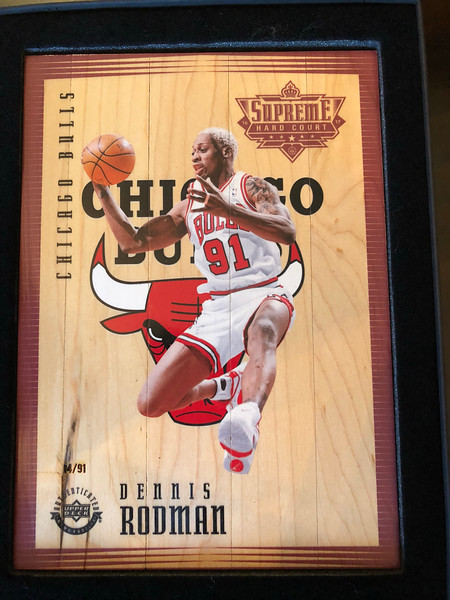 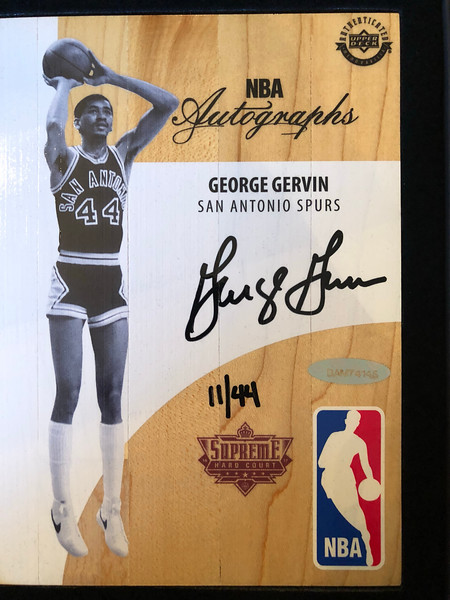 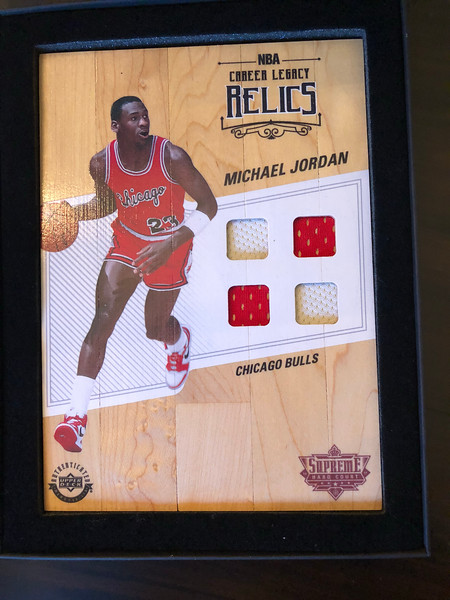 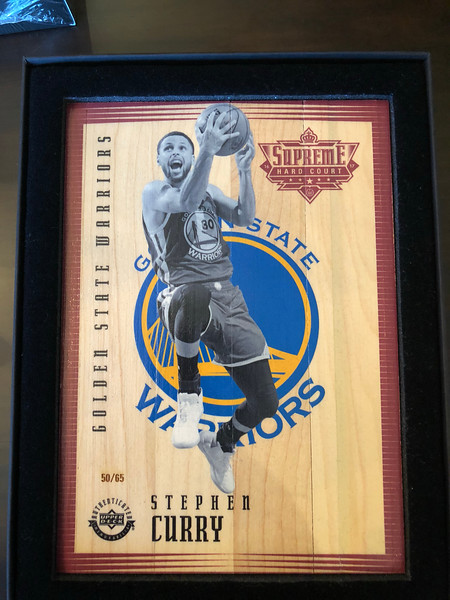 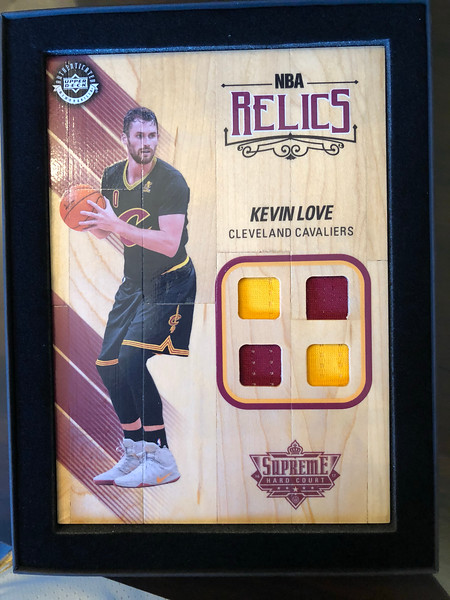 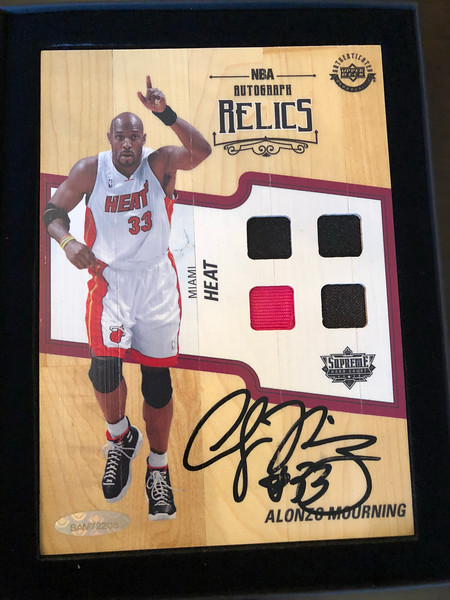 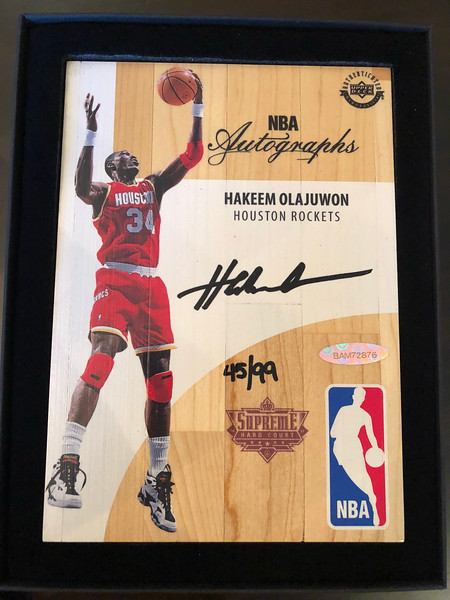 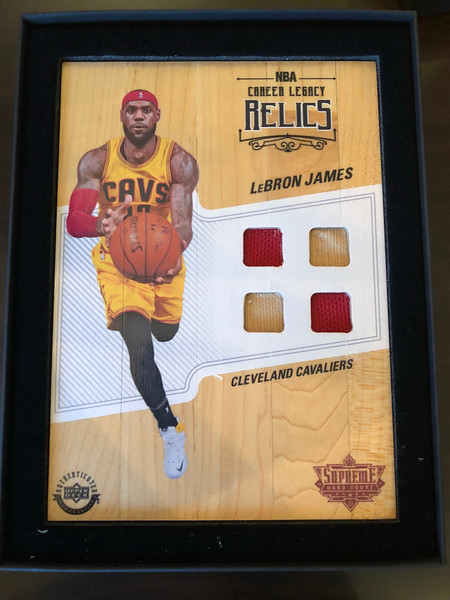 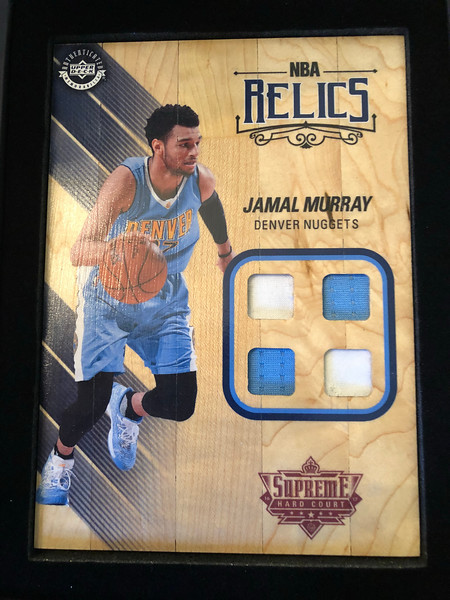 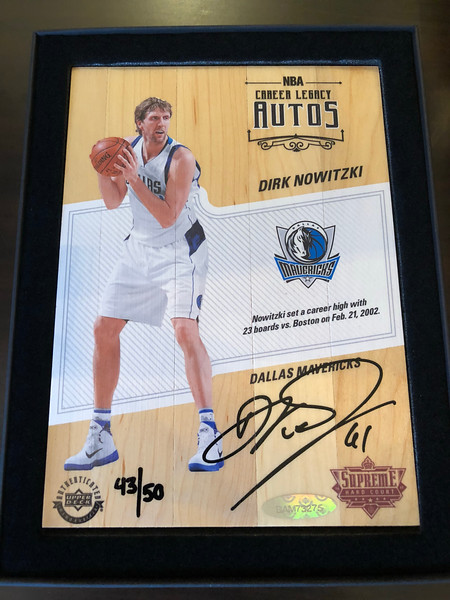 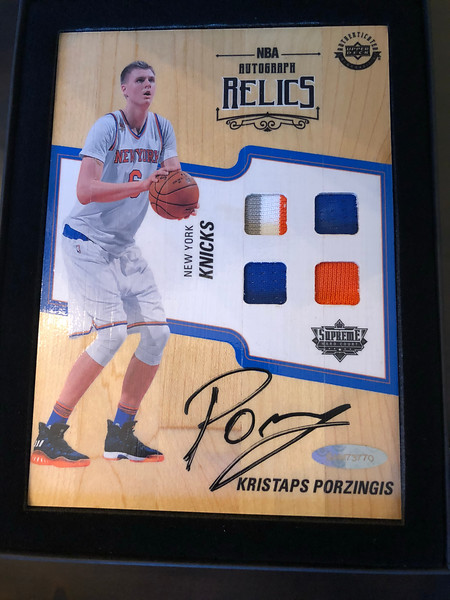 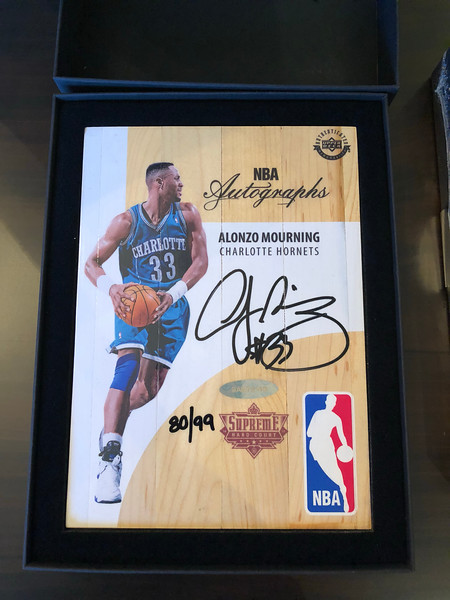 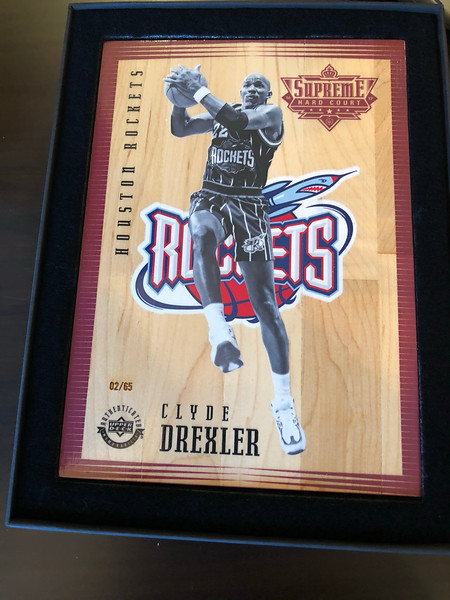 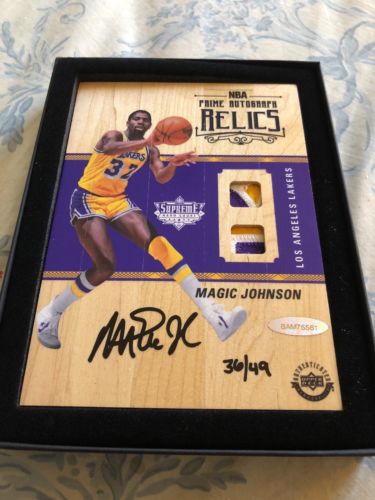 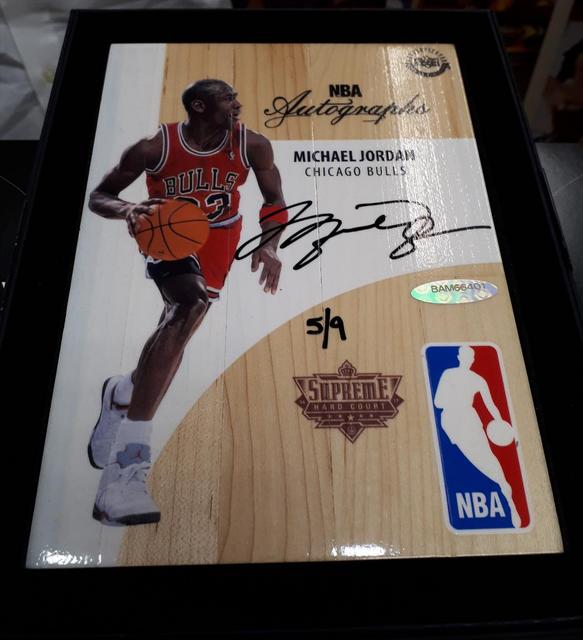