That means that mainstream Hall of Famers like Ken Griffey Jr. and Barry Sanders are mixed in with stars
from sports that have more of a niche hobby reach.

Floyd Mayweather are some that fall under this category.

Each box comes with five cards, all autographs.

This means lots of colorful Prismatic parallels throughout much of the checklist.

Cards start with Base Autographs, which cover the majority of the checklist. 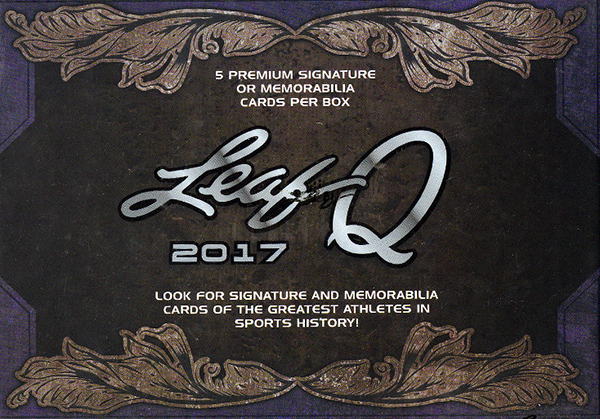 From there are several separate themed inserts. These include All-Star Signatures, Award Winners,
and Stars and Bars, a set dedicated to those who wore the stars and stripes during the Olympics and other international competitions.

Loyalty Signatures spotlight stars such as Barry Sanders
and Magic Johnson who spent their entire pro careers with one team.

Future Heroes look to young and emerging stars, including a pair of Leaf exclusives,
Nico Hischier and Nolan Patrick.

Dual Autos are self-explanatory, arriving with a pair of signatures. Combinations include Mayweather
and Conor McGregor, Alex Rodriguez and Cal Ripken Jr., and Emmitt Smith and Earl Campbell.

2017 Leaf Metal Sports Heroes also has some Triple Auto cards with ink from a trio of athletes.

The Sabres star is also featured on 2015-16 Jack Eichel Tribute Metal cards, which have on-card autographs. 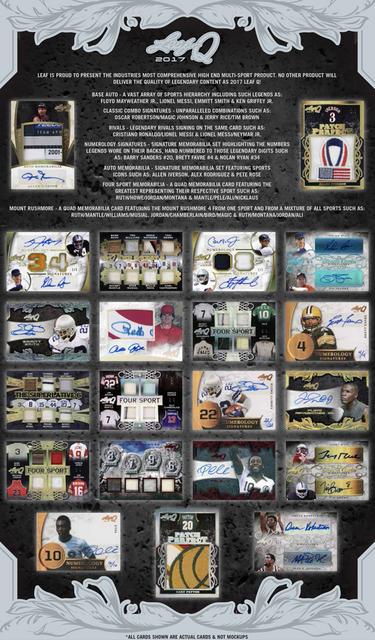 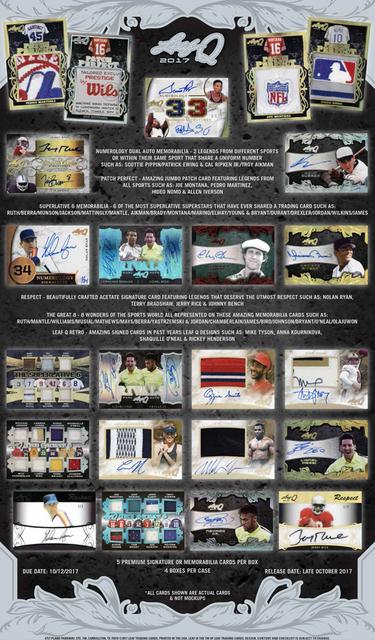 The print run of the product is limited to 160 case, each with 12 boxes.

Already an established brand in premium collecting, 2017 Leaf Q Multi-Sport promises
to be "the industries most comprehensive high-end multi-sport product."

To that end, each box includes five autographs or relics, with many from Hall of Fame athletes.

Collectors have likely become familiar with Leaf Q over the years,
and while the name quality has increased, the brand stays with it design roots.

Featuring only autographs, relics and autographed relics, the 2017 Leaf checklist is diverse
and limited.

Signed options include Base Auto and Auto Memorabilia cards
for top players from many sports.

Among the other signed inserts, Respect opts for acetate and Leaf Q Retro relies on prior designs
from the brand to celebrate elite athletes.

2017 Leaf Q Multi-Sport also has several memorabilia hits to enjoy.
Starting with the jumbo offerings, Patch Perfect features a multitude of superstars using an oversized relic for each.

Four Sport Memorabilia keeps to quad relics for the same sport,
and Mount Rushmore looks across all athletes to identify four of the very best.

Superlative 6 Memorabilia works in the same vein with six all-time greats from the same sport.

Pushing that total even higher, The Great 8 showcases eight legendary names from a single sport.

Among the basic autographs will be Floyd Mayweather Jr., Ken Griffey Jr., Emmitt Smith and Lionel Messi,
while Classic Combo Signatures will pair legends like Oscar Robertson and Magic Johnson or Jerry Rice with Tim Brown.

There also will be Rivals cards with dueling autographs from the likes of Cristiano Ronaldo and Messi.

- 5 Autographed or Premium Memorabilia Cards in Every Box!

- Hand-numbered to those legendary digits and including such athletes as :
Barry Sanders #20, Brett Favre #4, Nolan Ryan #34

- Numerology Dual Autographed Memorabilia Two legends
from different sports or within the same sport that share a uniform number including :

- Superlative 6 Memorabilia – Six of the most superlative superstars that have ever shared a trading card including :

- The Great 8 – Eight wonders of the sports world all represented on these amazing memorabilia cards including : 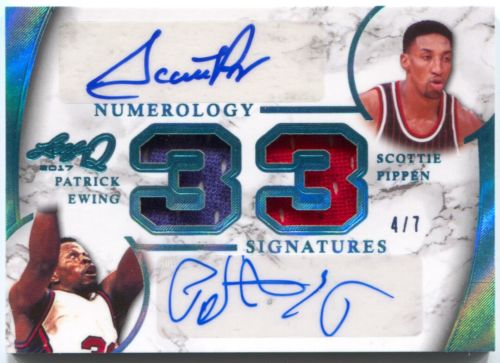 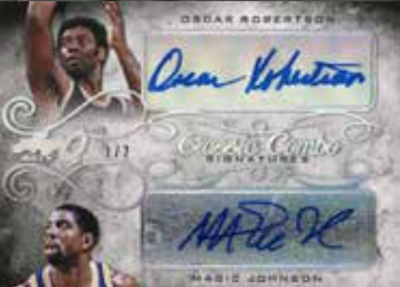 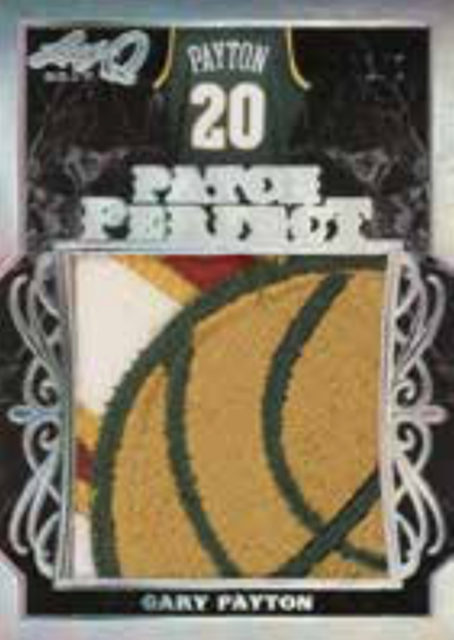 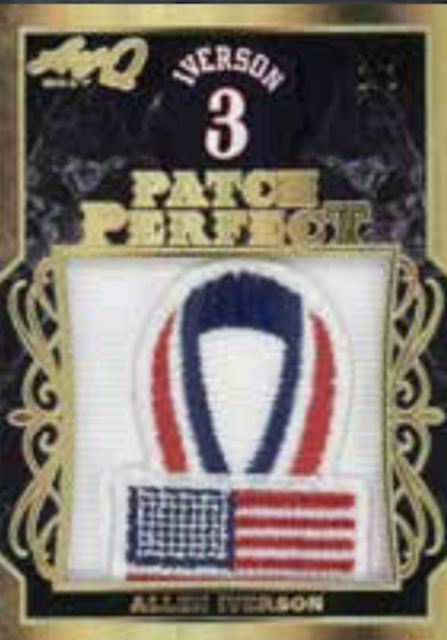 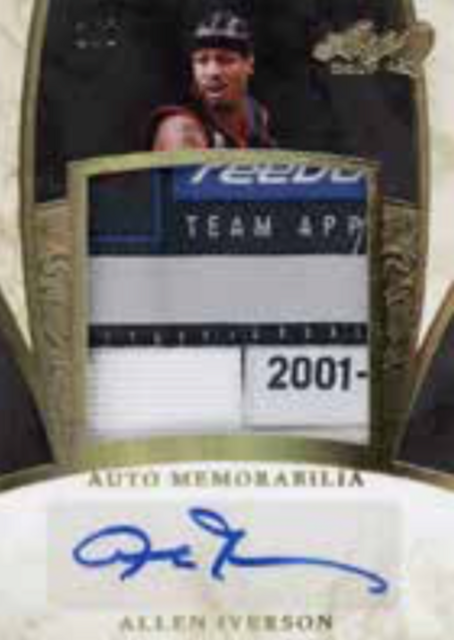 What’s buzz-worthy : Leaf Q returns with what it says “may be the single greatest effort in the history of multi-sport trading card releases”
in the form of “the industry’s most-comprehensive high-end multi-sport product.”

The Basics : Among the basic autographs will be Floyd Mayweather Jr., Ken Griffey Jr.,
Emmitt Smith and Lionel Messi, while Classic Combo Signatures will pair legends like Oscar Robertson and Magic Johnson or Jerry Rice with Tim Brown.

There also will be Rivals cards with dueling autographs from the likes of Cristiano Ronaldo and Messi. 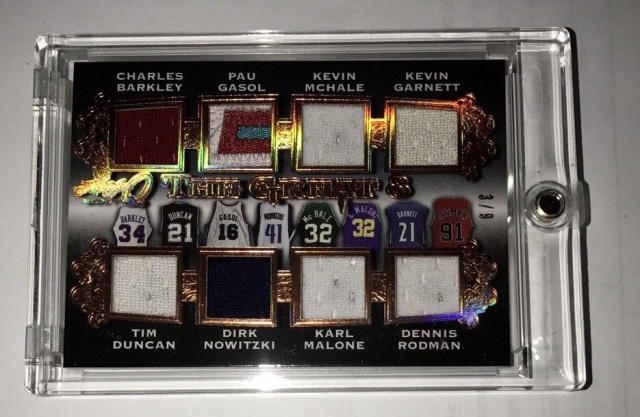 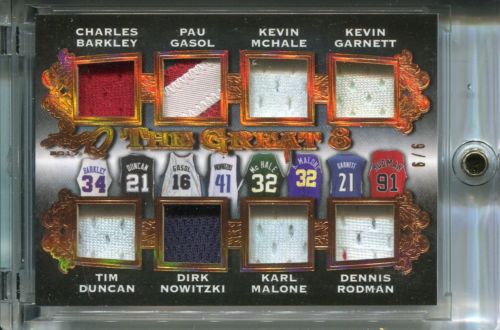 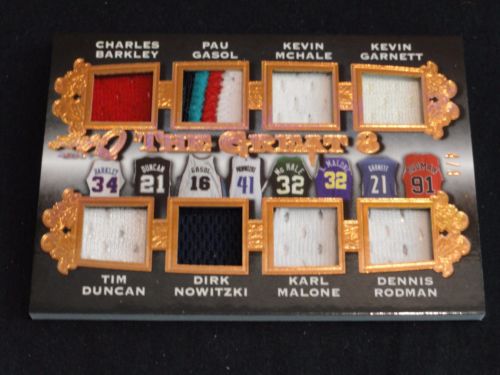 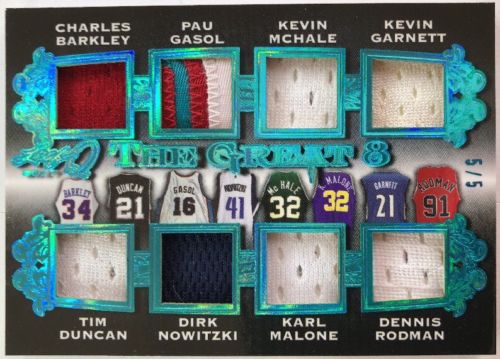 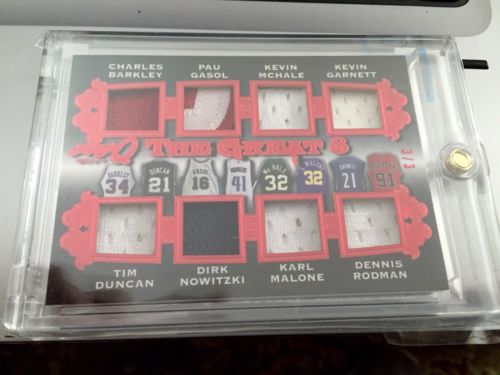 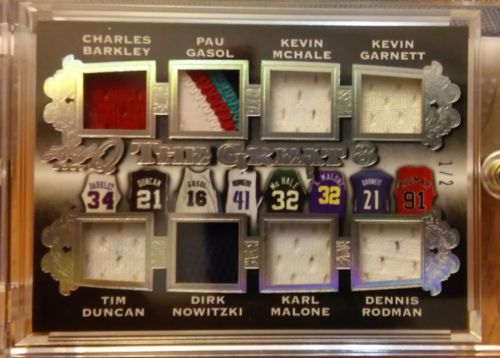 Law of Cards : 2017 Court Battle Between Upper Deck and Leaf :